Reports said traffic between Siliguri and Gangtok was affected as drivers of West Bengal registered vehicles stopped plying to Sikkim. 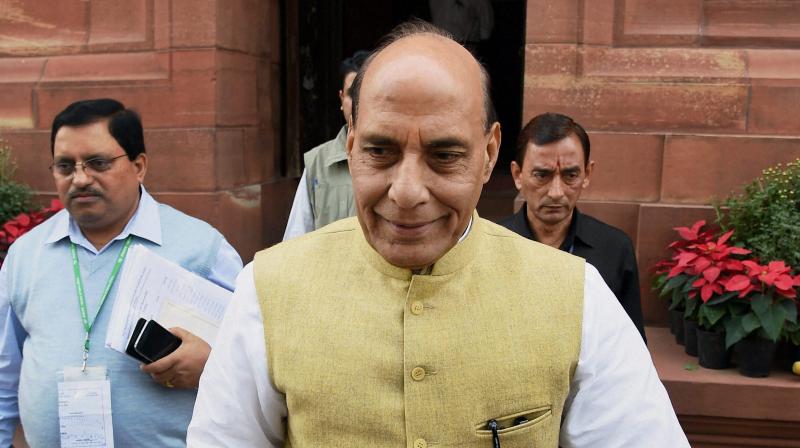 New Delhi: Union home minister Rajnath Singh on Sunday assured the Sikkim government that the Centre will ensure the security of National Highway 10 which is facing crisis of essential commodities in the wake of protests and counter-protests over the demand for Gorkhaland in neighbouring West Bengal.

“I assured him that the Centre will ensure the safety and security of NH 10 and do everything possible to save people of the state from any misery,” he tweeted.

Reports said traffic between Siliguri and Gangtok was affected as drivers of West Bengal registered vehicles stopped plying to Sikkim.

There have been several incidents reported in the past week when Sikkim-registered trucks were vandalised and looted by unidentified miscreants in Siliguri. There have also been reports of Sikkim-bound taxis, buses and private vehicles being targeted by anti-social elements in Siliguri. The incidents of violence started after the Sikkim chief minister supported the demand of Gorkhaland and also wrote to the home minister saying it was a justified and long pending demand of the people of the Darjeeling hills.

Mr Chamling had said Sikkim has been suffering “untold loss owing to the recurring blockage of its one and only lifeline NH 10, during the last 30 years of Gorkhaland agitation”. Sikkim transpor-ters are on an indefinite strike demanding the im-mediate arrest of the miscreants who carried out attacks against Sikkim vehicles at Siliguri.