The BJP has been using social media to spread lies using purported photographs to incite riots in WB, Banerjee said. 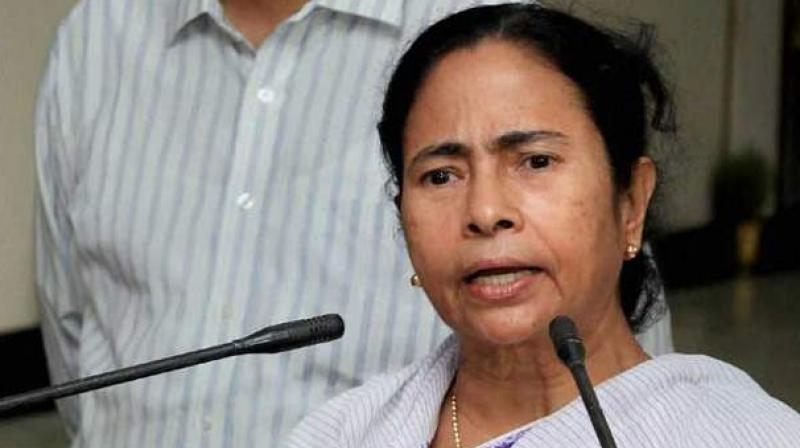 Saying that West Bengal has never supported division among people, TMC supremo Mamata Banerjee went on to accuse the Centre of doing so. (Photo: PTI)

New Delhi: West Bengal Chief Minister Mamata Banerjee on Monday accused the Centre of smuggling in foreigners from across the international border to perpetrate violence in the state.

Banerjee asserted that the international border was for the Central government to look after, but the Centre instead was "opening the gates and letting outsiders enter the country to conspire and cause violence." "You (Centre) have opened up the border and let them enter the state and now you are asking the state to submit a report. It's because we are in the government that we have been able to keep the people calm despite such conspiracies against us," she claimed.

"Both the central and state governments are elected by the people. Then why is the central government conspiring against the state government? Why are they spreading lies against a state? I want an answer to this," Banerjee said while speaking at a programme in New Delhi.

Reiterating that West Bengal has never supported division among people, the TMC supremo went on to accuse the Centre of doing so.

"We do not want to create division among people. Delhi does that but not West Bengal. Delhi has to follow West Bengal in how to progress forward with every religion if they want to be in power," she said.

Banerjee also said a politics of dividing West Bengal was being played out and the BJP was behind it. "Playing divisive politics in West Bengal will not be an easy task. We have a history of that. There have been people who are coming from outside the state and trying to instigate riots in West Bengal," she said hinting at outsiders' hand in Darjeeling hills unrest and Baduria riots.

The BJP has been using social networking sites to spread lies using purported photographs in spreading riots in West Bengal, she further said.