The TMC reacted sharply to Mr Shah, saying that he “peddled lies” and that the saffron party was “hungry for votes” 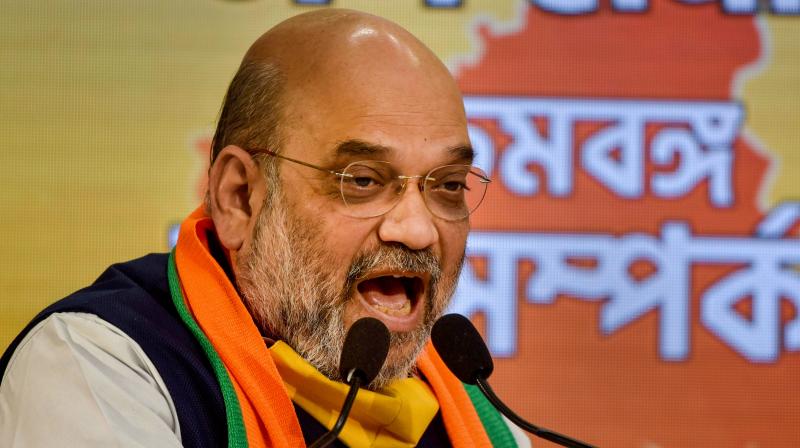 Warning the Trinamul Congress supremo that her fierce opposition to the CAA will render her a “political refugee” in her home turf and “cost” her the next Assembly election, Mr Shah, in his address to the BJP cadre during a virtual rally for West Bengal, said, “When the CAA was passed, I saw Mamataji’s face which turned red, burning in fury… I have not seen anyone so furious. She opposed the CAA in Parliament and outside, taking out rallies.”

“I want to ask her: What harm did the Matua community do to you? What problem did the Bengali brothers, who came here from Bangladesh, cause to you? Why are you opposing them to get their identity and honour? The people of Bengal want to know… She needs to clarify her stand with reasons. Mamata Didi, when the ballot boxes will be opened, you will find people of Bengal making you a political refugee. Opposition to the CAA will cost you heavily.”

Tearing into Ms Banerjee for her comment on Shramik Special trains, Mr Shah said, “I was surprised to see Mamataji labelling these trains, which were ferrying guest workers to their homes so that they could live with their families, as ‘Corona Express’… Mamata Didi, the way you have insulted the guest workers by naming these trains ‘Corona Express,’ this train will be your gateway to exit. It will become an express train to take Trinamul out of Bengal.”

The TMC reacted sharply to Mr Shah, saying that he “peddled lies” and that the saffron party was “hungry for votes” even as the state was battling the double whammy of Covid-19 and devastation caused by Cyclone Amphan.

TMC’s Rajya Sabha MP Derek O’Brien said that it was due to lack of planning on the part of Prime Minister Narendra Modi and Shah that the country was witnessing the migrant labour crisis. He also asked if the money collected in the PM-CARES fund would be used for funding the BJP’s election campaign.