No contest with BJP on graft cases, says Rahul Gandhi

The graphics juxtaposed figures under the Congress regime in the state and the previous BJP regime. 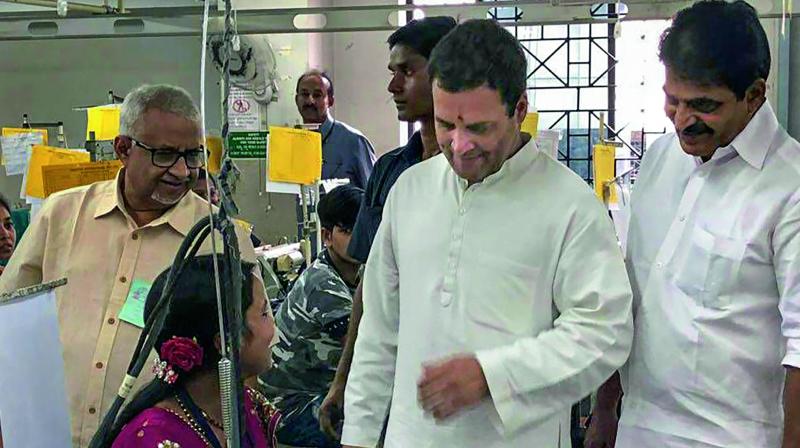 Congress president Rahul Gandhi interacts with a woman worker at a garment factory at Hosur Road in Bengaluru on Wednesday. (Photo: PTI)

The graphics juxtaposed figures under the Congress regime in the state and the previous BJP regime. The graphics claimed that the Anna Bhagya scheme of the party’s government in Karnataka was feeding four crore people, the Ramthal Marol, Asia’s largest drip irrigation project, and the world’s largest solar power park were built by the party and that it had also waived the loans of 22 lakh farmers, amounting to Rs 8,165 crore. “Who works better? Congress government of 2013-18 or BJP government of 2008- 13. Numbers speak for themselves. Choose right. Vote Congress,” the graphics said.

All the indices shown in the graphics claimed that the present Congress government had done much better than the previous BJP government in the state. Presently, both the BJP and the Congress are in a fierce political battle as the campaigning for the 224 member Assembly stops on Thursday evening. Polling in the state is on May 12 and the results will be declared on May 15.