India   Politics  10 May 2017  Cong leader Vaghela's posters come up as next Gujarat CM ahead of Assembly polls
India, Politics

When asked about the hoardings, Vaghela, fondly called as 'Bapu', said the BJP could be behind the act. 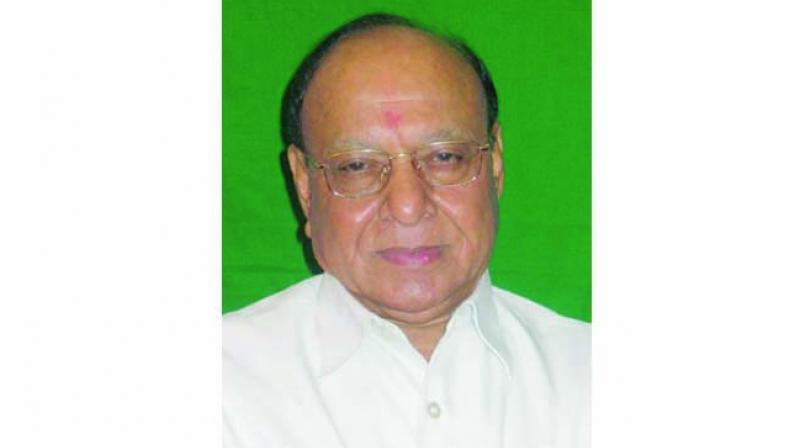 Gandhinagar: Hoardings declaring senior Congress leader Shankersinh Vaghela as the next chief minister of Gujarat, going to polls later this year, cropped up in Vadodara on Wednesday.

The hoardings, put up by unidentified people at some places in Vadodara, carry a photo of the Leader of Opposition with the text saying, "Be it the BJP or the Congress, it will
be Bapu's government in 2017".

When asked about the hoardings, Vaghela, fondly called as "Bapu", said the BJP could be behind the act.

"I really do not know who did it. It might be BJP. I have asked local Congress leaders in Vadodara to inquire about it and also inform the police to conduct an investigation," he
told reporters.

According to Narendra Rawat, a Congress leader from Vadodara, the party would approach the municipal corporation to take down these hoardings.

"We notice these hoardings today morning. They were installed at three to four places across the city. We will approach the Vadodara Municipal Corporation to remove them. We will also approach the police and lodge a complaint if needed," said Rawat.

Two weeks back, 36 out of total 56 sitting MLAs of the Congress in the state had demanded that Vaghela be declared as the chief ministerial candidate by the party high command.