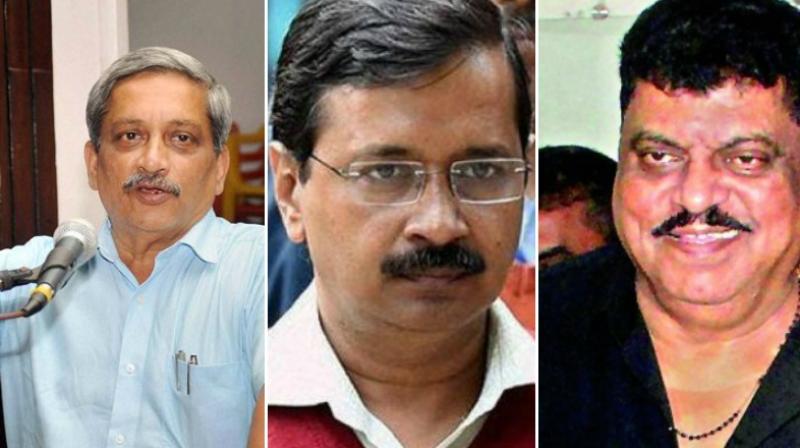 Panaji: The BJP and Congress are in close contention in the 40-seat Assembly in Goa, for the election of 2017. With Congress taking an early lead and BJP on its tail, Goa might be looking at a hung Assembly.

Congress maintains the lead with 17 seats. BJP and others have won 13 and 10 seats respectively.

Addressing the press, post-result declaration, he said, "The track record of development will have a serious and severe setback. And I am scared that Goa would be pushed back at least by 10 years. But it is the people's mandate. We have accepted it."

Aam Aadmi Party (AAP), which made a serious bid in the electoral politics of the coastal state, failed to open account in the 40 seat.

Goa Deputy Chief Minister Francis D'Souza of BJP defeated his nearest rival Vinod Phadke of the MGP in Mapusa constituency by a margin of 6,806 votes against Phadke, who is also the Secretary of Goa Cricket Association.

All eyes will be set on BJP, which is likely to field Union Minister Manohar Parrikar as their chief ministerial candidate, after the party was declared the victor in the poll predictions of C-Voter-India TV, India Today-Axis and India News-MRC.

BJP has put up 36 aspirants, Congress 37 and AAP is contesting on 39 seats and each of them backing independents in a few seats.

BJP, which had a pre-poll alliance in 2012, is going it alone this time after the MGP snapped the partnership and forged a front with Goa Suraksha Manch floated by RSS rebel Subhas Velingkar and Shiv Sena.

In 2012, the BJP-Maharashtrawadi Gomantak had defeated incumbent Congress led by Chief Minister Digambar Kamat, getting 24 of Goa’s 40 seats. The BJP won 21 seats. Between the two, they lapped up a vote share of 41 per cent.

In 2014, the BJP picked up both Lok Sabha seats in Goa – taking one away from the Congress.