Tikait to take protests all over country 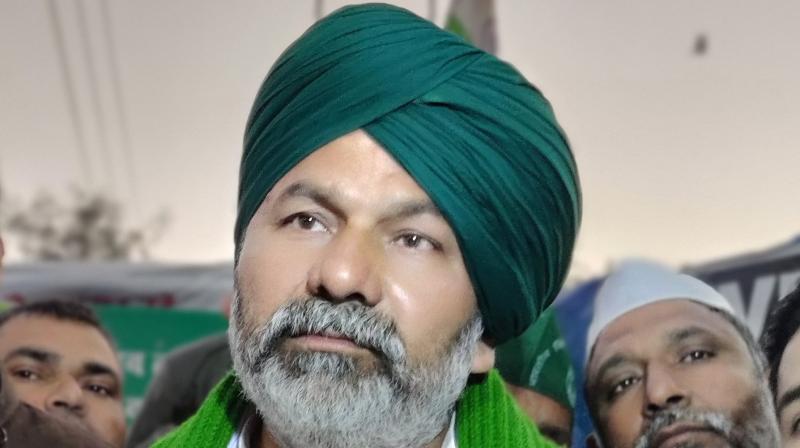 New Delhi: Bharatiya Kisan Union leader Rakesh Tikait declared on Tuesday that he will take the ongoing farmers’ agitation against the three controversial agricultural laws to the far corners of the country. Addressing thousands of farmers at a mahapanchayat in Haryana’s Kurukshetra, Mr. Tikait said: “We will go to the far corners of the country to raise awareness over the farm laws. Ours is a mass movement and we will make it successful. We won’t return home till these laws are repealed.”

As Kurukshetra is also known as “Dharmakshetra” (holy place) and the “Land of the Bhagavad Gita”, Mr Tikait said he was sure farmers will get justice from this land. After Haryana, he said that mahapanchayats will also be held in Rajasthan and Maharashtra.

The BKU leader said tractors from Tamil Nadu, Maharashtra, Punjab, Haryana, Andhra Pradesh and other states have already reached Delhi’s borders. He urged the khaps to wholeheartedly support the agitation, saying: “We will have to increase the number of farmers at the borders (protest sites).”

Mr Tikait said the farmers were fighting for their land. “Land is more dear to a farmer than his son. That’s why a farmer does not transfer his land to his son when he is alive.”

Warning that there will be attempts to break the agitation on caste lines, the farmer leader said: “When this agitation started, they tried to divide us on the lines of Punjab and Haryana as well as Sardars and non-Sardars (Sikhs). The Sardars cannot be separated from us.”

Mr Tikait said: “They will also try to divide us on the basis of khaps but we have to rise above such differences and stand united. We have forged a unity this time and have to keep it intact. I congratulate the 40-member committee of farmers’ leaders for speaking in one voice against the new laws.”

Hailing the arrest of Punjabi actor Deep Singh Sindu over the Republic Day violence, Mr Tikait accused the government of hatching a conspiracy for hoisting a Sikh flag at the Red Fort to defame the protesters. “Let me make it clear we will not allow our bread to become a market item. Nor we will allow our grains to be stored in the lockers (of corporates).”
As the protests against the agricultural laws entered Day 76, a 28-year-old farmer from Haryana’s Rohtak district, who was providing voluntary services at the Tikri border protest site, died of serious head injuries as he fell off a tractor trolley. Deepak was hospitalised at PGIMS, Rohtak, where he died during treatment. The accident reportedly took place at the Bahadurgarh bypass road on February 5. Deepak was sitting in the tractor trolley and distributing rations (to the farmers sitting in protest at Tikri). He fell down and sustained serious head injuries.