India   Politics  10 Feb 2019  Once under ISIS influence, how some men in Maharashtra made a beginning
India, Politics

Once under ISIS influence, how some men in Maharashtra made a beginning

Ansari, lost his job and began spending a lot of time surfing online, where he came in contact with some ISIS sympathisers. 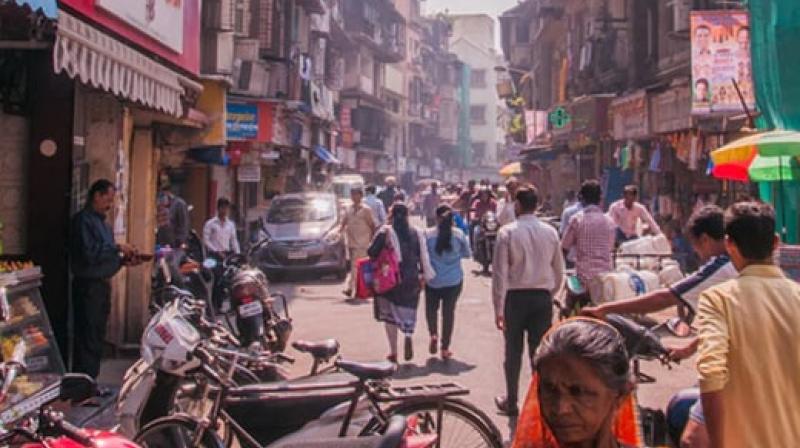 Thanks to an initiative of the Maharashtra Anti- Terrorism Squad (ATS), Ansari changed his mind and underwent an employment training programme (Representational Image)

Mumbai: Jamil Ansari (name changed) runs a mobile phone repair shop in Maharashtra's Beed district. But nobody would imagine that only two years ago, he was on the verge of joining the terror outfit ISIS by travelling to Iraq, thousands of kilometres away.

Thanks to an initiative of the Maharashtra Anti- Terrorism Squad (ATS), Ansari changed his mind and underwent an employment training programme after escaping the clutches of the ISIS online "recruiters" who had almost radicalised him.

He is not the only one. There are many such young men in Maharashtra, mainly in the industrially backward Marathwada region, who had once fallen victim to ISIS propaganda but are now leading a normal life with the help of the employment training programme, a senior ATS official told PTI.

Ansari, a 35-year-old graduate, lost his job as a salesman in 2016 and began spending a lot of time surfing online, where he came in contact with some ISIS sympathisers and soon got radicalised.

"His online activities brought him under our scanner," the official said. The ATS sleuths realised that Ansari had become a victim of ISIS propaganda and he was counselled in a bid to de-radicalise him, he said.

The official said the ATS runs a de-radicalisation programme for such people to once again join the mainstream with the help of religious leaders and clerics.

But the real problem was that Ansari had no job, and there were many more like him, he said. In Marathwada, the ATS in the last two years identified as many as 400 young men who were suspected to be under the influence of ISIS.

In all the cases, the recruiter started chatting with his target about "atrocities" on Muslims in India to gauge the person's views, the official said.

After the person was successfully radicalised, he would be taught how to make improvised explosive devices (IEDs) or other weapons, he said, adding that some were also encouraged to join the ISIS in Iraq, where the militant outfit once controlled large swaps of territory.

Notably, the ATS last month arrested nine men from Aurangabad and Thane districts for allegedly planning chemical attacks with intent to cause mass casualty at public events by contaminating food and water, he pointed out.

In 2018, the ATS had arrested a 36-year-old man from Parbhani district who came in contact with ISIS and received instructions on how to make IEDs.

He made bombs and even carried out trials, the official said, adding that he was arrested along with four others before he could use the IED for a terrorist act. ATS chief Atulchandra Kulkarni said they realised that unemployment was one of the major reasons for such men from the Muslim community most of whom were from Marathwada -- getting radicalised online and falling into ISIS' trap.

"The challenge was to bring these people back to normal life, and we found a solution in the Rural Self-Employment Training Institutes (RSETIs), run by the Union rural development ministry," said Mr Kulkarni.

As many as 239 such men were imparted training at these institutes last year. Besides, the anti-terror cells formed at police station-levels identified 15 men who were also trained in self-employment, another police official said.

Thirty such men secured bank loans after undergoing training and started their own businesses, Mr Kulkarni said. Appreciating the initiative, RSETI authorities agreed to train the candidates short-listed by ATS on priority basis. The ATS also approached the Syndicate Bank and the Bank of Maharashtra, which agreed to offer loans to the short-listed men after they underwent training, he said.

The initiative began with some 270 young men, who were trained in mobile phone repairing. Another batch is now receiving training in fitting electric wires, a police official said.

Ansari is one of the examples of this initiative's success. After being imparted counselling, he was recommended for a short training course in mobile repairing at an RSETI, he added. Now, he runs a small mobile repair shop of his own, far away from Iraq.