India   Politics  10 Feb 2017  West UP voting trend to show who may take UP
India, Politics

West UP voting trend to show who may take UP

The first phase of polling, which will take place on 73 Assembly seats spread over 15 districts, are extremely crucial for the BJP. 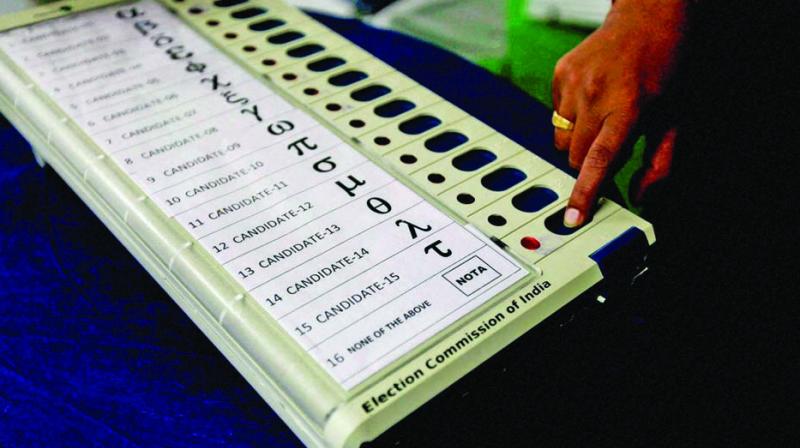 The RLD, which won only nine seats in 2012, could emerge as a dark horse in this phase since it has fielded rebels from various parties.

Lucknow: As the gateway to the Uttar Pradesh Assembly elections opens from western UP on Saturday when the first phase of polling takes place, major political parties wait with bated breath to watch the trend that is likely to have a rippling effect on the rest of the phases.

The first phase of polling, which will take place on 73 Assembly seats spread over 15 districts, are extremely crucial for the BJP.

Though the Bharatiya Janata Party had won only 12 seats in this phase in 2012, it is hoping for major gains due to polarisation of voters on communal lines.

The BJP, which seemed set to sweep the polls in the first phase, is now decidedly uncomfortable and the main reason for this is the shift of Jat votes to the Rashtriya Lok Dal (RLD) on the issue of reservation.

The BJP has been trying to polarise votes on communal lines and revive the mood of the 2013 Muzaffarnagar riots, but issues such as “triple talaq”, Hindu migration and Ram temple have consolidated Muslims against the BJP, rather than Hindus in favour of BJP.

The revival of RLD in western UP has turned the electoral battle into a four-cornered contest with BJP facing the Bahujan Samaj Party, RLD and the Congress-Samajwadi Party alliance.

The only hope that the BJP has is a division of Muslim votes in the region, but that can work only if Hindus consolidate in favour of the BJP, which is facing a revolt in its ranks over ticket distribution and demonetisation.

The RLD, which won only nine seats in 2012, could emerge as a dark horse in this phase since it has fielded rebels from various parties. Most of them wield considerable clout in their respective constituencies.

For the SP-Congress alliance, the first phase will be a litmus test in ways more than one. The alliance, if it can get Muslim, could outdo the BSP in the final run and emerge as a major stakeholder in government formation.

The SP had won 24 seats in 2012 while the Congress got five. Both parties need to improve their tally for the alliance to continue beyond the elections.

The BSP faces a Herculean task of bringing back dalits into its fold. The party had won 23 seats in 2012, but in the 2014 Lok Sabha elections, it lost its Dalit vote base to the BJP.