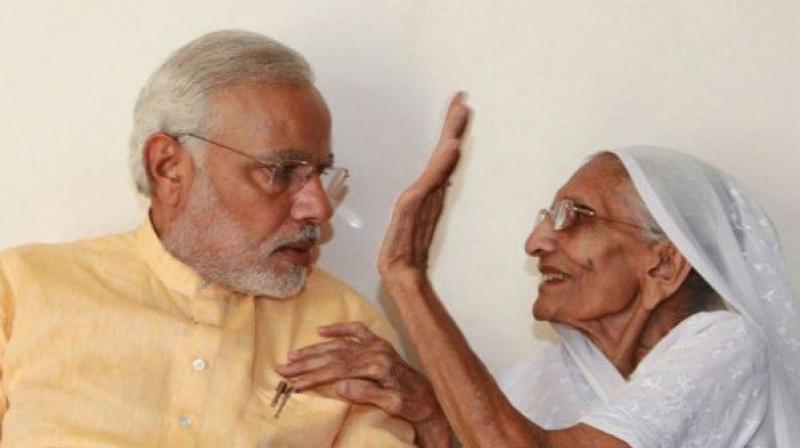 Gandhinagar: Hitting out at Prime Minister Narendra Modi for his tweet about meeting his mother Heeraben after skipping yoga, Delhi Chief Minister Arvind Kejriwal on Tuesday said that the PM should make his wife and mother stay with him.

"I stay with my mother. I take her blessings everyday but I don’t boast about it. I don’t make my mother stand in line for political gains. Hindu religion and Indian culture says you should make your aged mother and your wife stay with you. PM’s residence is big, make your heart bigger," Kejriwal said on Twitter. 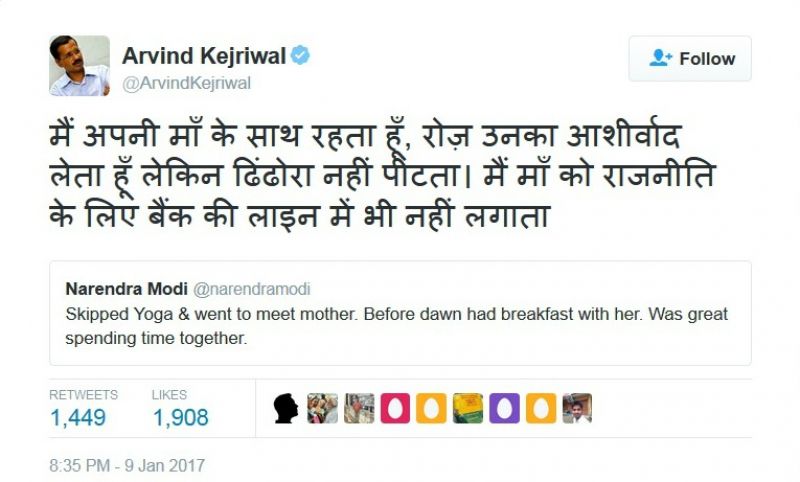 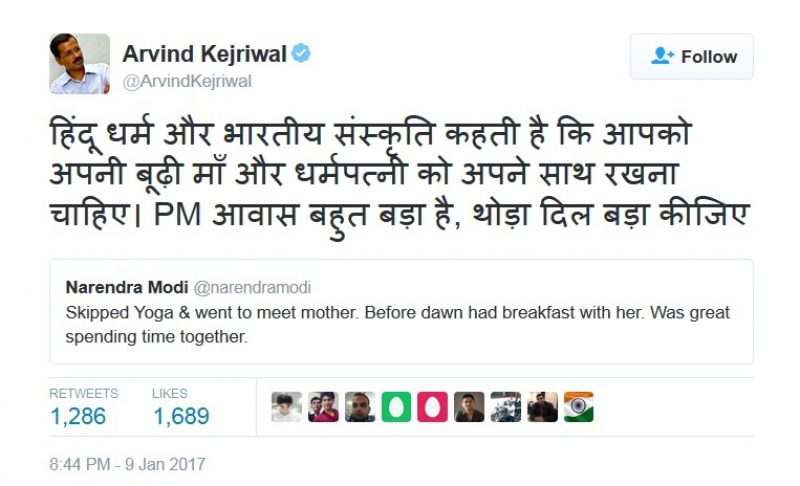 Kejirwal's jibe was in reference to an earlier photo of Modi's 97-year-old mother standing in a bank queue to deposit money after demonetisation.

Modi, who is on a two-day Gujarat visit for the Vibrant Gujarat Summit, skipped his daily yoga session on Tuesday morning to meet his mother Heeraben, who lives at Raisan village near Gandhinagar.

In a tweet, Modi said he went to meet his mother early in the morning and had breakfast together.

Modi is scheduled to inaugurate the Vibrant Gujarat Summit at 3:30 pm on Tuesday.