Irani's attack on the Congress vice president came after he mocked the BJP's development model in Gujarat at his public meetings. 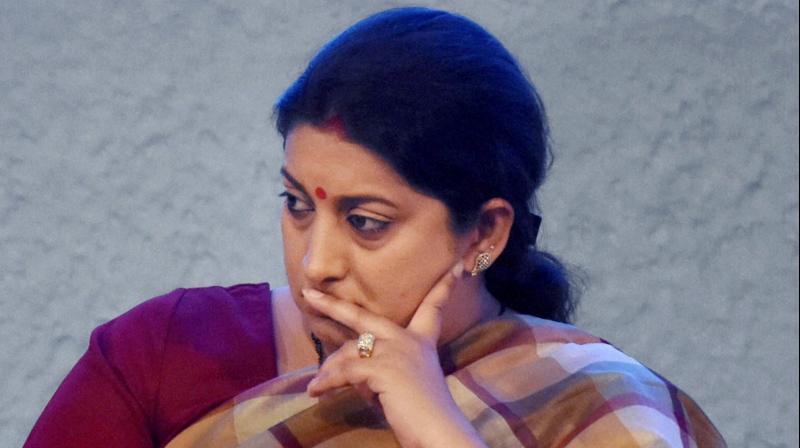 Development is not something to be ridiculed, instead it should be welcomed, said Smriti Irani. (Photo: PTI | File)

New Delhi: Union minister Smriti Irani, on Monday, accused Rahul Gandhi of "insulting" the people of Gujarat and claimed that the Congress will suffer what she called a "historic defeat" in the upcoming assembly polls.

Irani's attack on the Congress vice president came after he mocked the BJP's development model in Gujarat at his public meetings in the poll-bound state.

“Gandhi's remarks confirm that he is not only anti-progress but also mocks the idea of a developed and empowered India,” she alleged in a statement, adding that he and his party prefer vote bank politics to 'vikas' (development).

"The manner in which Rahul Gandhi has made fun of the dreams and aspirations of the people of Gujarat will lead to a historic defeat for the Congress party in the state election," said the Union minister for textiles and information and broadcasting in a statement.

“Development is not something to be ridiculed, instead it should be welcomed but what Rahul Gandhi is doing in Gujarat is to insult the dreams and aspirations of 6.5 crore Gujaratis,” she said.

Gandhi should devote time to Amethi, his Lok Sabha seat, as it needs more development work, she said, claiming that people of Amethi are asking for 'vikas' even as their MP goes around the nation mocking 'vikas'.

This trend continued when Narendra Modi, now prime minister, was the state's chief minister as the then UPA government "obstructed" raising of height of Narmada Dam, thus denying its benefits to lakhs of farmers, she said.

"For decades, the Congress party and particularly the Nehru-Gandhi family, has been anti-Gujarat," she claimed.

The rule of the Congress was a 'sultanate of corruption' and now the opposition party is "concocting stories to defame the people of Gujarat" before the election, she alleged.

"The people of Gujarat will give a befitting answer to this slander and keep this sultanate of corruption as far from them as possible," she said.

Addressing a gathering in Kamla village in Kheda district, Gandhi alleged that the famed Gujarat model of development had failed.

"Prime minister Narendra Modi and the people of Gujarat know that the so-called Gujarat model has failed.

"If we come to power, we will propagate the old Gujarat model under which cooperative societies like Amul developed," he said.

The Congress has latched onto a social media meme in Gujarat, which says "development has gone mad", to poke fun at the BJP's claim of development in the state. The BJP in turn has accused it of fuelling the social media campaign and asserted that people will reward it handsomely for its development works.