Monsoon session: Congress to take on Centre over China, economy

The party will also raise the issue of the handling of Covid-19 pandemic amid a sharp rise in the number of cases, besides economic slump 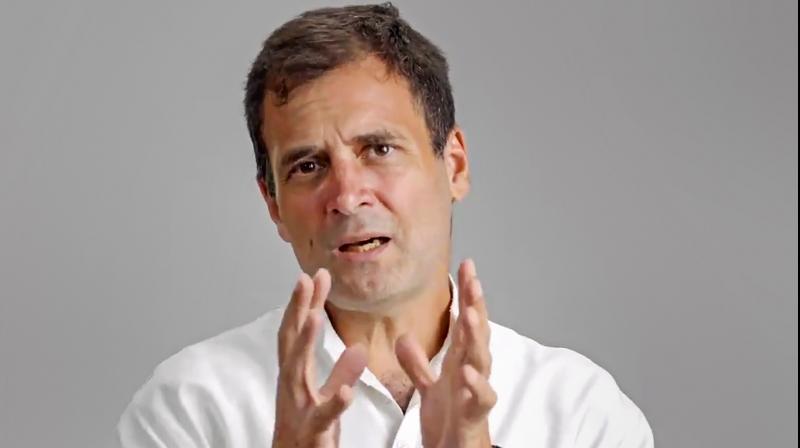 Ahead of the Monsoon session of Parliament, the Congress Party has decided to take on the Centre aggressively on the floor of both the Houses and also put up a joint Opposition candidate for election to the post of Deputy Chairperson of the Rajya Sabha, which is scheduled for September 15.

These decisions were taken at a meeting of the Congress Parliamentary Party chaired by party chief Sonia Gandhi here on Tuesday.

Sources told this newspaper that Leader of Opposition in Rajya Sabha Ghulam Nabi Azad and party treasurer Ahmed Patel would coordinate with other Opposition parties over putting up a joint candidate.

The post fell vacant when current Deputy Chairperson Harivansh's term ended. He has since been re-elected to the Upper House from Bihar. The NDA is likely to re-nominate him as its candidate.

Apart from fielding a joint Opposition candidate, the Congress strategy group also decided to raise the issue of restoration of Question Hour in both Houses during the session and Chinese aggression at the border in Ladakh.

The party will also raise the issue of the handling of Covid-19 pandemic amid a sharp rise in the number of cases, besides the economic effects of the lockdown.

This was the first time that a section of dissenting leaders, who had written a letter demanding an overhaul of the party, came face to face with the Gandhis after the CWC meeting. These leaders included Mr Azad and senior leader from Punjab, Manish Tewari.