‘Congratulations on joining the BJP family. Your membership number is 4000676454,’ the message read. 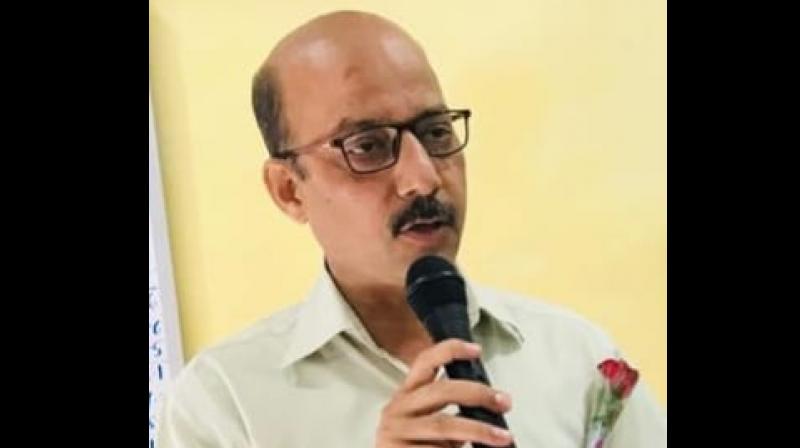 Pankaj Chaturvedi said he will lodge an FIR with the cyber cell of Madhya Pradesh police to expose, what he said, was a fraud by the BJP to show its inflated number of members across the country. (Photo: Facebook)

Bhopal: The spokesperson of the Congress’ Madhya Pradesh unit, Pankaj Chaturvedi, is now a member of the opposition Bharatiya Janata Party (BJP). Or so says a “congratulation message” he received on his phone, reported Hindustan Times.

Chaturvedi said he received a message from a number ‘VM-BJPMEM’ on Sunday afternoon congratulating him for “becoming a member of the BJP”.

“Congratulations on joining the BJP family. Your membership number is 4000676454. After clicking on the following link pls submit your details,” the message read.

Chaturvedi said he will lodge an FIR with the cyber cell of Madhya Pradesh police to expose, what he said, was a fraud by the BJP to show its inflated number of members across the country.

“How can a person be made a member of the BJP without contact from either side?” he questioned.

The BJP’s state media in-charge Lokendra Parashar did acknowledge that the message was from his party but also said nothing happens on its own.

“It’s not possible to get such a message without giving a missed call on the number advertised by the party for becoming a member. Pankaj Chaturvedi must have given a missed call. If he says he has not given the missed call then some member of his family must have done this.”

However, Parashar said, “Even after receiving such a message no one automatically becomes a member of the party until and unless he opens the link in the message and fills up the form.”

The BJP’s membership drive was launched by Prime Minister Narendra Modi on July 6. The party’s national vice-president Shivraj Singh Chouhan led the membership drive which was supposed to end on August 11 but was extended to August 20.

The BJP aimed at enrolling as many as 20 crore members, including the existing ones, during the period.