The year-old Congress-JD(S) coalition in Karnataka is on the brink of collapse after spate of resignations by MLAs. 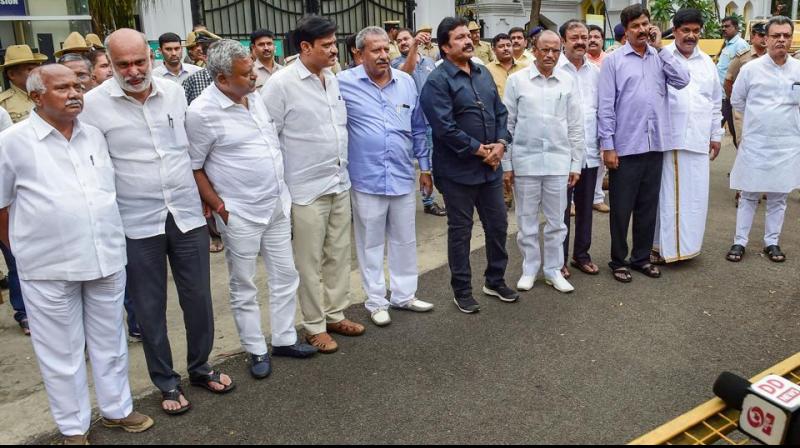 Fourteen MLAs of the ruling JD(S)-Congress coalition in Karnataka, who left Mumbai on Monday evening for Goa, were taken to Pune and are expected to reach the coastal state on Tuesday in a special flight, sources said. (Photo: File)

Mumbai: Karnataka Congress MLAs who are staying in Mumbai had planned to shift to Goa. However, now the rebels have been shifted to an undisclosed location in Mumbai.

"I am not anxious about the recent developments," Kumaraswamy said of the crisis that has engulfed his government.

Karnataka Minister and Independent MLA Nagesh had also resigned from his post and withdrew support to the H D Kumaraswamy-led coalition government.