The BJP leader said that farmers were facing issues as Power Department remains unattended due to absence of newly-appointed minister. 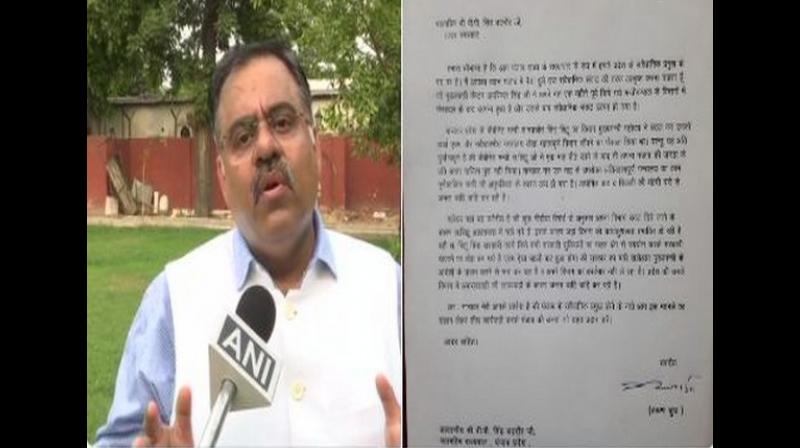 Chandigarh: Claiming that the Punjab government is facing a "Constitutional crisis" after a Cabinet reshuffle, the BJP has alleged that state minister Navjot Singh Sidhu is drawing salary and enjoying perks of his office even though he has not been attending to his duties for over a month.

Speaking to ANI, Chugh said, "I have written a letter to Punjab Governor. There is a Constitutional crisis in Punjab today. It has been over a month since a minister who took the oath of office, has been absent, even though he is drawing a salary and enjoying the perks of his office."

He continued, "He has migrated; the feud between the Chief Minister and the minister Navjot Singh Sidhu has caused a constitutional crisis. I request the Governor to take action in Punjab's interest. If the minister does not want to work someone else should look after his department. If he is drawing a salary but not working, action should be taken."

In the letter dated July 6, Chugh wrote: "Punjab Cabinet Minister Navjot Singh Sidhu, whose department was changed during a reshuffle of portfolios by Chief Minister Captain Amarinder Singh, has not assumed his charge as Power Minister even though a period of more than a month has passed. It is very unfortunate that Sidhu is not fulfilling the duties he has towards the people of the state."

The BJP leader said that the people of Punjab and particularly the farmers were facing issues as Power Department remains unattended due to the absence of the newly-appointed minister.

"Since the minister has gone 'underground' and is incommunicado and has willfully chosen not to take charge of his new assignment, the work related to his department is suffering like anything."

Concluding his letter, Chugh requested the Governor to take cognisance of the matter as he was the Constitutional head of the state.