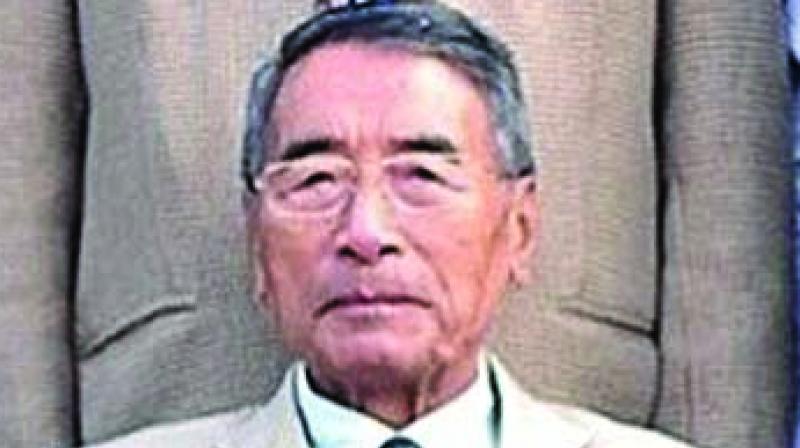 Guwahati: Nagaland chief minister Shurhozelie Liezietsu who tried to pass a Cabinet resolution on Saturday to dissolve the State Assembly is now facing rebellion in his party with over 40 legislators camping in a resort near Kaziranga and waiting for Nagaland Governor P.B. Acharya to return to Kohima.

The legislators have decided to re-elect former chief minister T.R. Zeliang as their new leader.

The ongoing political crisis started precipitating after Mr Liezietsu decided to contest the by-elections and asked his MLA son to resign and vacate his seat.

Son Khriehu resigned from his seat, last month, so that his father could contest the seat and be an elected member of the now 59-member Nagaland Assembly and continue in office. Mr Liezietsu had won the Northern Angami-I seat in 2003 and 2008. He had opted out in 2013 to make way for his son.

The crisis unfolding now is virtually an action replay of what happened before — Mr Zeliang had to quit at least four months ago, in February. A majority of NPF legislators had wanted change then.

If insiders are to be believed, former chief minister and MP Neiphiu Rio, who is also camping in Kohima, has extended his support to Mr Zeliang. It is significant as Mr Zeliang was forced to quit because of protests by a civil society organisation, backed by Mr Rio.

Saying that legislators of ruling Nagaland Peoples Front has decided to challenge the leadership of the present chief minister who also heads the NPF after a formal consultation with the BJP, sources said that the central BJP leadership was also throwing their weight behind Mr Zeliang.

Four BJP MLAs are camping in Kohima. BJP MLA Mhon Kikon told this newspaper, “It is the internal matter of NPF. Let them settle the leadership dispute.”