JD(U) to be part of NDA only in state, not centre

JD(U) during their National Executive meet, they decided that they will be BJP ally in Bihar and will not be part of NDA outside. 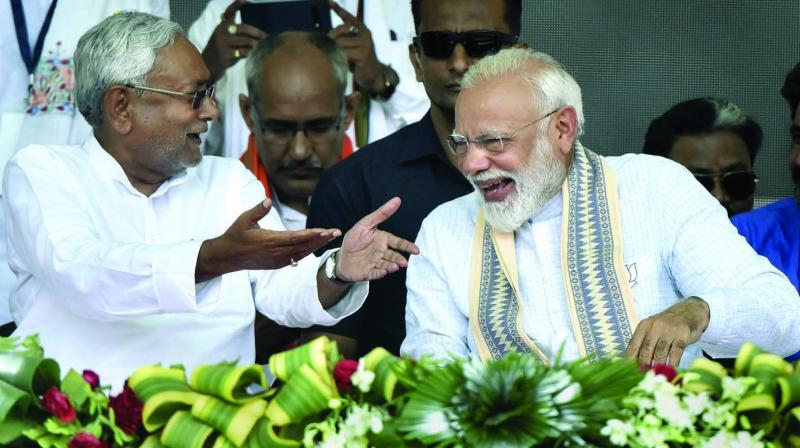 New Delhi: Bihar Chief Minister Nitish Kumar-led Janata Dal (United) will not be a part of BJP-led National Democratic Alliance outside the state of Bihar, the party decided  during their National Executive meet on Sunday.

JD(U) will fight the upcoming elections in Jammu and Kashmir, Jharkhand, Haryana and Delhi alone.

This comes after the JD(U) opted out of the Cabinet in protest against getting just one ministry.