The 484-page draft NEP was prepared by a committee appointed by the government. 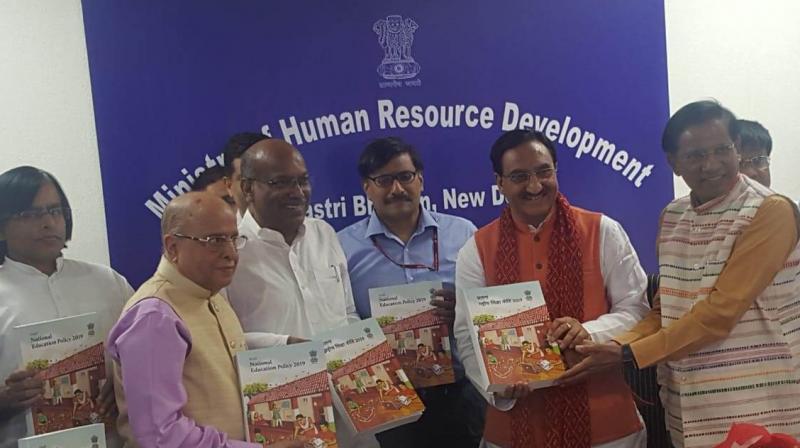 New Delhi: Soon after a clause of a draft National Education policy stirred controversy, Human Resources Minister Ramesh Pokhriyal 'Nishank' has called for a meeting with the education ministers of the states on June 22. The meeting will discuss the recommendations suggested by the draft policy, IANS reported.

"Public suggestions are already being sought on the draft policy on the ministry's website. Simultaneously, a meeting with the education departments of all the states has been called to seek their point of view in the third week of June. The ministry will put forth the important recommendations made by the draft policy before the education ministers of the states," an official said.

Later, the suggestions proposed by the public as well as the states will be assessed and then it will be presented before Cabinet in July.

The 484-page draft NEP was prepared by a committee appointed by the government. The board was led by eminent scientist K Kasturirangan.

Last Friday when the draft was made public to seel public suggestions, a clause that recommended mandatory teaching of Hindi to the non-Hindi speaking states embroiled a political controversy.

The south Indian states, especially Tamil Nadu, opposed the reference to Hindi in the three-language. Following the outrage, the clause was dropped.