We help, even on Mars: Sushma’s reply goes viral

Swaraj has attracted widespread praise for her effective use of social media to help Indians abroad in distress. 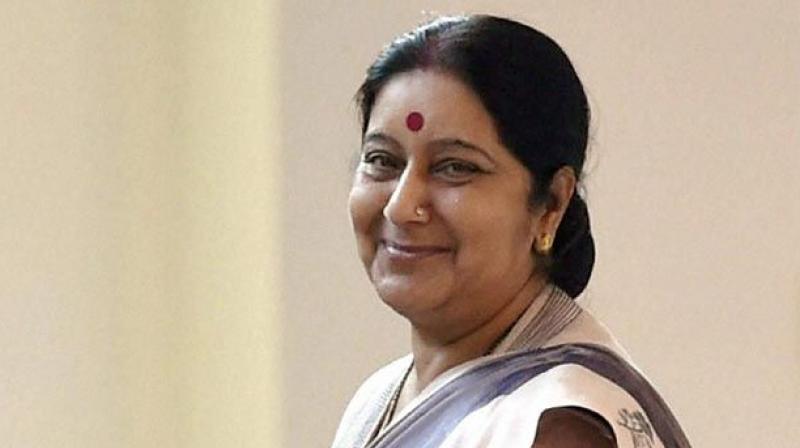 New Delhi: External affairs minister Sushma Swaraj on Thursday put a Twitter-user in his place who had made a tongue-in-cheek or sarcastic comment, with the minister replying that even if he were stuck on Mars, “the Indian Embassy there” would help him.

Early Thursday morning, Karan Saini tweeted the minister writing, “I am stuck on mars, food sent via Mangalyaan (987 days ago), is running out, when is Mangalyaan-II being sent ?” Mangalyaan refers to India’s space mission to Mars. He also tagged the Indian Space Research Organisation in the tweet.

Not to be cowed down, Ms Swaraj promptly replied, “Even if you are stuck on the Mars, Indian embassy there will help you.”

The person’s comments were also criticised by other twitter-users who praised Ms Swaraj and told him, “When someone truly does a great job, the least you can do is ‘respect’ the person! Mocking them will get you attention but not respect.”

Ms Swaraj has attracted widespread praise for her effective use of social media to help Indians abroad in distress. With over eight million followers, the external affairs minister is among the most followed world leaders on Twitter.

Still she manages to respond to a large number of SOS tweets on the micro-blogging site.