The minister lamented that the centre was not supporting the state government in relief works. 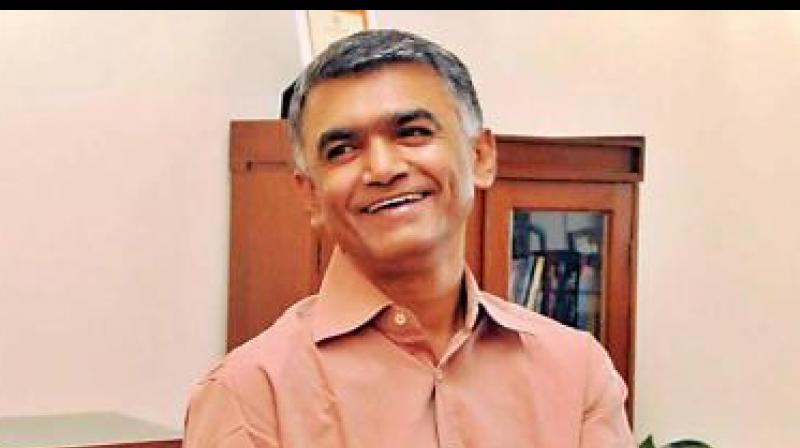 Bengaluru: The Karnataka government accused the Centre of being "anti-poor", saying it did not release dues of Rs 1,697 crore under the Mahatma Gandhi National Rural Employment Guarantee Scheme to the state government.

"This scheme is meant for the economically weaker section in the rural areas," Karnataka Minister for Rural Development Krishna Byre Gowda said.

Gowda lamented that the centre was not supporting the state government in relief works.

Of the Rs 1,697 crore, which is yet to come from the centre, Rs 856 crore is pending for the past three years.

He said the amount was not a grant but related to works mandated under the Act, which comprises check-dams, Anganwadi and school compound walls.

The centre's 'indifference' forced the state government to make payments in the form of loans, Gowda pointed out.

He even accused the centre of being partial, saying the Centre released Rs 4,000 crore to Maharashtra which has the BJP government.

The minister targeted certain publications for writing"negative" reports about the state government on drought relief works without knowing facts.

"Some publications are repeatedly writing that the state government was not releasing the balance amount. It gives rise to questions whether you are advocating on behalf of the centre," Gowda said.

The Election Commission has exempted the state government from the purview of the model code of conduct for elections for carrying out drought relief works in the severe drought affected regions of the state.

As a relief measure, each drought-hit tehsil has been given an additional Rs Two crore whereas Rs 324 crore has been released for drought-hit districts, Gowda said.

While last year Rs 2,800 crore were given for drought relief work, this year Rs 3,600 crore action plan has been prepared and Rs 200 crore were released immediately, the minister said.