They alleged that Siddaramaiah was 'daydreaming' about becoming Chief Minister once again. 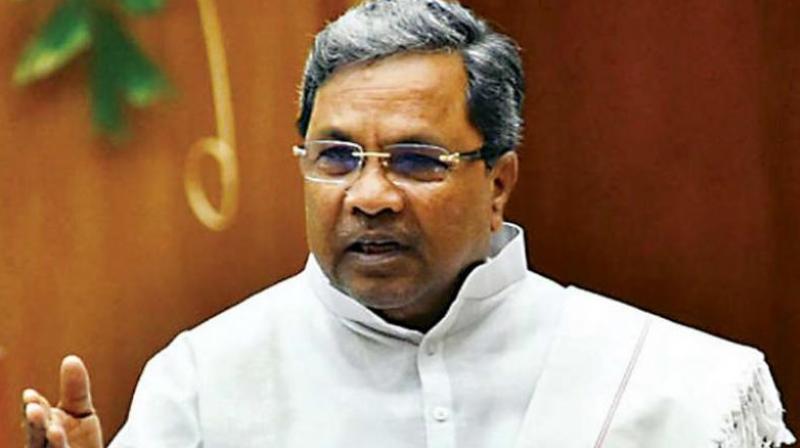 Ashoka claimed that Siddaramaiah has a grudge against the JD(S)leadership for expelling him from the party, and is now unableto digest Kumaraswamy and Deve Gowda enjoying power. (Photo: File)

Bengaluru: Karnataka BJP leaders Thursday slammed ruling Congress-JD(S) coordination committee Chief Siddaramaaih for his Chief Ministerial ambitions and accused him of fixing a "time bomb" to the coalition governmentthat would explode after Lok Sabha poll results on May 23.

They alleged that Siddaramaiah was "daydreaming" about becoming Chief Minister once again.

"I'm saying this on behalf of the party (BJP), we will not make any attempts to bring this government down. We are not preparing any sketch for it," former deputy chief minister R Ashoka told reporters in Bidar.

Ashoka claimed that Siddaramaiah has a grudge against the JD(S)leadership for expelling him from the party, and is now unableto digest Kumaraswamy and Deve Gowda enjoying power. "He (Siddaramaiah) is taking revenge in Mandya (whereKumaraswamy's son Nikhil is candidate), and if any one has fixed a time bomb or atom bomb to this government after May 23 results, it is Siddaramiah and team," he said. For the last couple of days, several Congress leaders, including ministers in the Kumaraswamy government, have pitched for Siddaramaiah becoming the CM again.

Kumaraswamy also reportedly expressed his displeasureabout the development to Congress leaders, who met him Wednesdayevening, and asked them to restrain party leaders frompublicly making statements on the post of Chief Minister as it was embarrassing the government and him. Another former deputychief minister and senior BJP leader K S Eshwarappa said Thursday that Siddaramaiah was "daydreaming" about the Chief Minister's Chair.

"He(Siddaramaiah) is making four to five people to publicly state that Siddaramaiah has to be come Chief Minister once again," Eshwarappa said.

Talks about Siddaramaiah as chief minister once again, have emerged amid reports that the Congress in Karnataka was preparing for assembly polls after the Lok Sabha election results, which party leaders have rubbished.

However, there are discussions within political circles that any adverse results for the coalition in the LokSabha polls, which they fought in alliance, would have its implications on the Kumaraswamy-led government.

Despite, KPCC chief Dinesh Gundu Rao asking Congress men not to make any statement on the Chief Minister's post, Congress leader and Kumaraswamy's bte noire Cheluvarayaswamy Thursday said, people across party and community lines desire Siddaramaaih should be Chief Minister, but no one has said- change the CM immediately.

He, however, said, "....remaining as Chief Minister orlosing the post will depend on the conduct of Kumaraswamy andnot any Congress men or leader."

Reacting to this, JD(S) leader and minister C SPuttaraju said the JD(S) and the Congress together have named Kumaraswamy as Chief Minister for five year's term and the question of making Siddaramaiah Chief Minister will arise only after the term is over. The issue also reportedly came up for informal discussion during the cabinet meeting Thursday, duringwhich several JD(S) Ministers are said to have expressed their displeasure on the clamour for Siddaramaiah as Chief Minister, when the post was not vacant.