Under the Green Bengaluru project, a tree census will be conducted and no tree will be allowed to be chopped down for any development work. 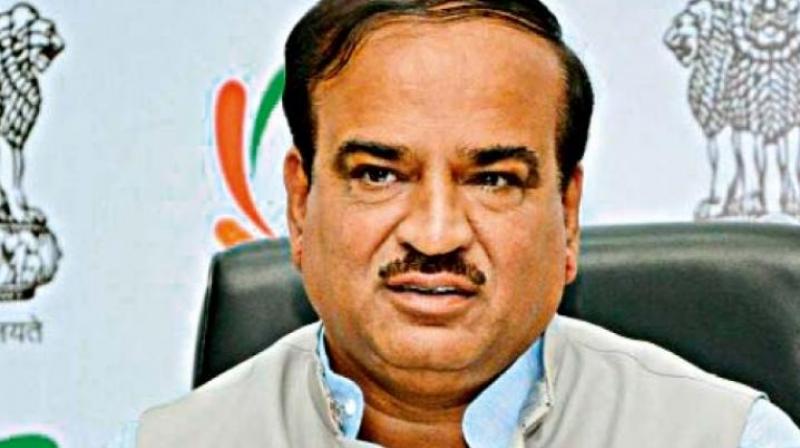 Bengaluru: The BJP’s manifesto for the city has everything Bengalureans want to hear, promising a garbage –free Bengaluru, uninterrupted power supply, more trees, a better environment, a Comprehensive Development Plan (CDP) for the period upto 2033, the enactment of a Bangalore Metropolitan Regional Governance Act (BMRGA), and much more.

Union Minister, Ananth Kumar, who released the manifesto titled, ‘Namma Bengulige Namma Vachana,’ at the BJP party office in Malleshwaram on Tuesday, said that with Bengaluru growing rapidly it needed special attention to see that it developed in a planned manner. “The city generates most of the state’s revenue and is one of the biggest urban conglomerates, housing IT giants, software companies, various other industries and start- ups. The BJP will ensure that Bengaluru becomes a model for other states,” he vowed.

Claiming that the city had lost its charm to goondaism, potholes and garbage under the Congress, senior BJP leader, R Ashok, said the  city  manifesto was intended to bring Bengaluru’s lost glory. “We will  ensure that the city is free from flex, banners and posters. Under the Green Bengaluru project, a tree census will be conducted and no tree will be allowed to be chopped down for any development work. No one will be able to punch nails or banners in trees either. We will plant  saplings and make it clear that protecting environment is a priority,” he declared, also emphasising that the safety of women and children would be a prime concern as well. “This Kittur Rani Chennamma Pade, a special women squad will be formed,” he promised.

While the manifesto also talks about a single ticketing system for the BMTC, Metro Rail and suburban rail and a multi- point airport Metro link, it doesn’t seem to have impressed everyone.

Said Mr Srikanth Dev, a techie and a member of Kasturi Nagar Resident Welfare Association, “The manifesto is similar to that of the Congress party. There is nothing new in it. We will have to see if they can implement everything mentioned. It seems impossible at the moment as the BJP has already earned a bad name.”