An FIR was filed against Khan for illegally transporting cows for slaughter, which stated that he did not have valid purchase documents. 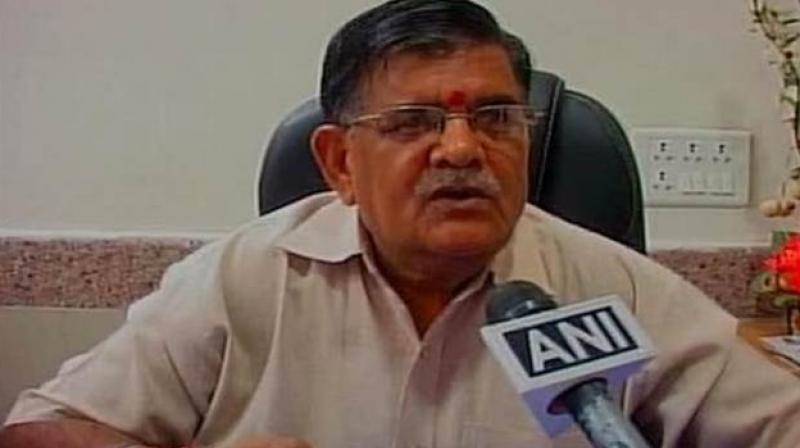 New Delhi : Rajasthan Home Minister Gulab Singh Kataria on Sunday denied claims made by the family members of Pehlu Khan that he was falsely accused of smuggling cows as he had valid purchase documents. Khan was allegedly lynched by Gau Rakshaks for transporting cows in Alwar.

"I am reiterating that he did not have any valid papers. Apart from a Sub-Divisional Officer (SDO), no one can authorise anyone to transport cows," Kataria said.

"There were some people who thrashed him and ran way when the police reached the spot. It was the police who admitted him to a hospital and on the same day registered the case under 308, attempt to murder. And when he died we converted the case to section 302. We even apprehended four people," he added.

An FIR was filed against Khan for illegally transporting cows for slaughter, which stated that he did not have valid purchase documents.

However on the contrary, the family members of the deceased said that the victim showed the attackers the receipt of legally purchased cows, but they continued to thrash them.

When asked about the deteriorating law and order situation post the incident, Kataria said, "Nothing as such is happening."

"Whoever breaks the law, will be punished. He must have transported the cows illegally, hence he was penalised. The people, then, took the matter in their own hands. With the power that I have been conferred with, I will try to take action on both sides," he added.

As many as four people have been arrested by the police so far.

On Friday, the Rajasthan Government sent a report to the Ministry of Home Affairs (MHA) on the Alwar incident after the Supreme Court earlier issued a notice to the government seeking a reply on the matter within three weeks.