16 Congress MLAs of MP, including 6 ministers, herded into hotel in Bengaluru 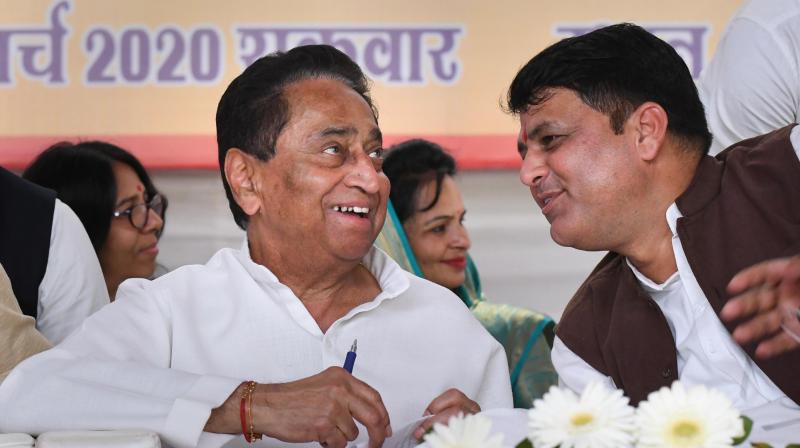 Bengaluru: In what looks like a threat to the Congress government headed by Kamal Nath in Madhya Pradesh, 16 legislators, including six ministers, landed in Bengaluru and were whisked away by local BJP leaders to a resort in Mahadevapura.

This is said to be part of the BJP’s bid, codenamed Operation Lotus, to dislodge the Kamal Nath government in Madhya Pradesh.

The MLAs they were expected to be moved to a hideout near Doddaballapura later in the evening.

The responsibility of shepherding MLAs has been given to Rashtriya Swayamsevak Sangh (RSS) loyalist and former minister Aravind Limbavali.

The flight carrying the MLAs landed at around 3 pm and they were immediately taken to Mahadevapura. There two more MLAs, who had come here last week, were to join them. The whole flock would be moved to an undisclosed destination late in the night. This is part of BJP agenda to bring down Madhya Pradesh government.

The MLAs from Madhya Pradesh arrived in two separate special flights. While 10 landed in the first flight at the HAL airport, the six ministers arrived in another. Before taking them to a resort in Mahadevapura, the buses carrying them took a detour on the outer ring road to dodge the media.