Only one aircraft was lost by India during Pakistan's unsuccessful attempt at targeting Indian military installations, he said. 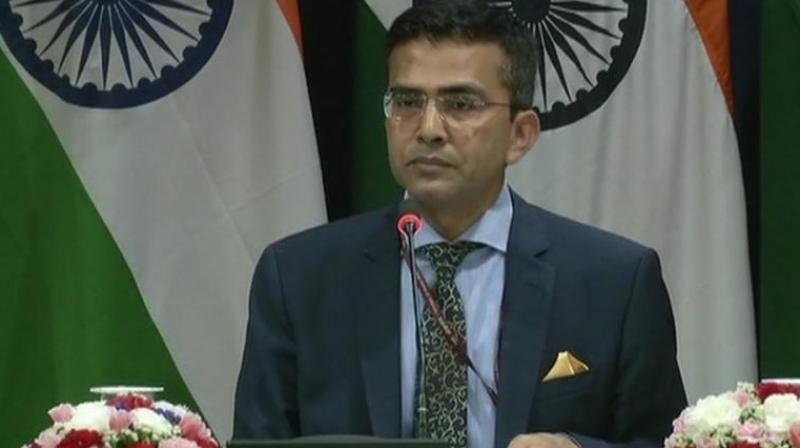 Ministry of External Affairs Spokesperson Raveesh Kumar, at a media briefing, also said that an Indian Air Force MiG-21 Bison, piloted by Wing Commander Abhinandan Varthaman, shot down a Pakistan Air Force F-16 fighter aircraft and there were eyewitness accounts and electronic evidence for it.

"We have also shared evidence in the form of parts of AMRAAM missile which were recovered from the site and are only carried by F-16 aircraft of the PAF. Our non-military counter-terrorism strike achieved the desired objective. It has demonstrated our firm resolve to take decisive action against cross border terrorism," he said.

Only one aircraft was lost by India during Pakistan's unsuccessful attempt at targeting Indian military installations, he said.

Kumar also said if, as Pakistan claims, it has evidence of downing of second Indian aircraft then why has it not shared it.

Since the Pulwama terror attack the international community has stood by India, Kumar said.

It is unfortunate that Pakistan still continues to deny JeM's own claim of carrying out the Pulwama attack in which 40 CRPF personnel were killed, he said.

Kumar asserted that Pakistan-based terror groups were conducting their activities without any hindrance.

Pakistan must show credible, verifiable and sustained action against terror groups operating from its soil, he said.

On the issue of the fugitive diamantaire Nirav Modi's extradition, the MEA spokesperson said the UK is still considering India's request. India is taking all steps necessary for his extradition, he asserted.