PM Modi, who was on his way to the airport from the Raj Bhawan, was shown black flags by protesters. 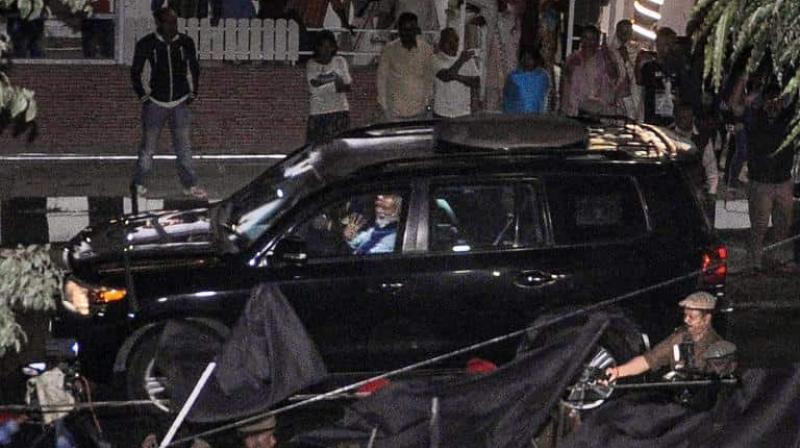 On Friday evening, Modi was shown black flags in at least four different locations as soon as he landed in Guwahati (File Photo)

Six Krishak Mukti Sangram Samiti (KMSS) activists were taken into police custody on Saturday when they stripped naked in front of Janata Bhawan -- the state secretariat here. The KMSS activists had arrived in cars and stripped naked before holding the protests.

The Tai Ahom Yuba Parishad had called a 12-hour bandh in the state to protest against the prime minister's visit and its impact was felt in the upper Assam districts of Tinsukia, Dibrugarh, Sibsagar, Lakhimpur and Jorhat with vehicles remaining off the road and shops and business establishments closed.

The bandh was supported by the KMSS along with 70 other organisations jointly protesting against the bill. The All Assam Students' Union (AASU) claimed that police resorted to mild lathi-charge to disperse its activists who had assembled with black flags and black balloons at the Amingaon-Hajo Road, about 10 km from Modi's rally at Changsari.

The protesters burnt effigies of the prime minister and released black balloons into the air in different districts across the state. Modi was shown black flags in at least two places here on Saturday for the second consecutive day while on his way to the airport from the Raj Bhawan here. Protesters, belonging to the Asom Jatiyatabadi Yuva Chhatra Parishad (AJYCP), showed black flags to Modi at Machkhowa area.

On Friday evening, the prime minister was shown black flags in at least four different locations as soon as he landed in Guwahati and was travelling from the airport to the Raj Bhawan to spend the night.

The Citizenship (Amendment) Bill seeks to provide Indian citizenship to Hindus, Jains, Christians, Sikhs, Buddhists and Parsis from Bangladesh, Pakistan and Afghanistan after six years of residence in India even if they do not possess any document. The bill was passed by the Lok Sabha during the Winter Session on January 8 and has been awaiting Rajya Sabha nod.