India   Politics  09 Feb 2018  Chaos in UP Assembly over topis and potatoes
India, Politics

Chaos in UP Assembly over topis and potatoes

The slogans referred to fake encounters, murders and attacks on journalists, illegal mining and recent controversial posts by state officials. 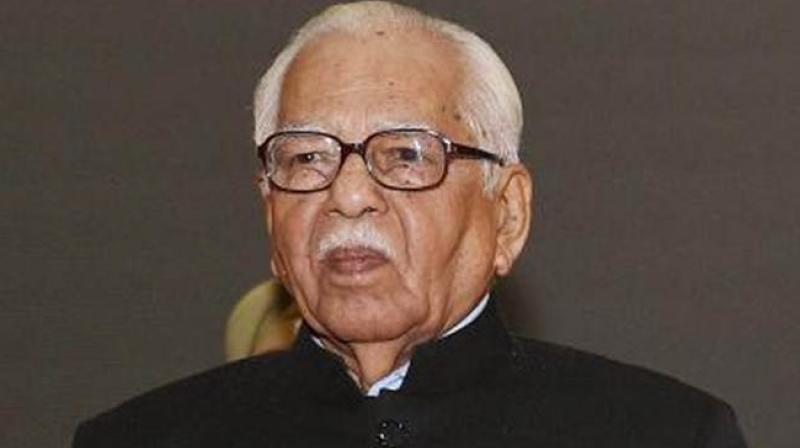 Lucknow: It was a “Topi” day in the UP Assembly that plunged into a state of chaos on the first day of the Budget Session on Thursday.

The Samajwadi Party members trooped in wearing red caps while the BSP members came wearing blue caps and Congress members sported white caps. Two SP MLCs, Sanjay Lathar and Rajesh Yadav, came wearing a garland of potatoes to drive home a point. It may be recalled that in January, potato growers in the state had protested against the low price of their produce but dumping truckloads of potatoes in front of the Vidhan Bhavan. As soon as the governor Ram Naik arrived to address a joint session, the Opposition members stood up with banners on which anti-government slogans were printed. SP members barged into the well of the house and started shouting slogans. For the first time, the Opposition shouted slogans, naming the chief minister — “Yogi Baba mast hai, kanoon vyavashtha dhwast hai.”

The slogans referred to fake encounters, murders and attacks on journalists, illegal mining and recent controversial posts by state officials.

Undeterred by the pandemonium, governor Ram Naik continued to read his address, nothing of which could be heard in the din. His reference to the setting up of anti-Romeo squads drew catcalls from the Opposition benches.