The name plate of the two leaders was also restored after it had been pulled down by Akhilesh supporters. 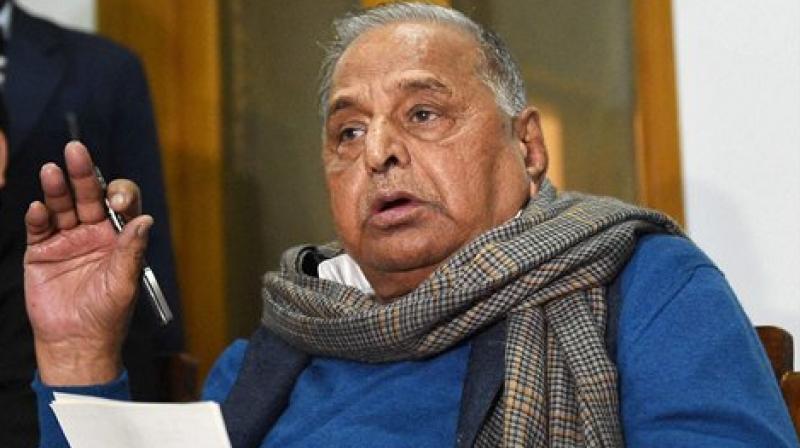 Lucknow: Samajwadi Party patriarch Mulayam Singh Yadav, on Sunday, added to the prevailing confusion in the SP when he told party workers that there was no dispute in the party.

Mr Yadav, along with Shivpal Yadav, visited the party office and got his and Shivpal’s rooms locked. The name plate of the two leaders was also restored after it had been pulled down by Akhilesh supporters.

Mr Mulayam Singh Yadav took the keys of the rooms before leaving. The two leaders later left for Delhi where they are scheduled to meet the Election Commission on Monday.

State president (Akhilesh faction) Naresh Uttam clarified that the name plates had never been ripped off.

Expelled MLA Udaiveer Singh (Akhilesh faction) told reporters that the real party was behind Mr Akhilesh Yadav and they would contest the election — with or without the cycle symbol.

“Akhileshji is our national president and we will contest polls under him. His face and name is enough for us. He was made president at national convention”, he said.