India   Politics  08 Dec 2019  If there is any future leader...': Bhupesh Baghel believes only Rahul Gandhi can lead Cong
India, Politics

If there is any future leader...': Bhupesh Baghel believes only Rahul Gandhi can lead Cong 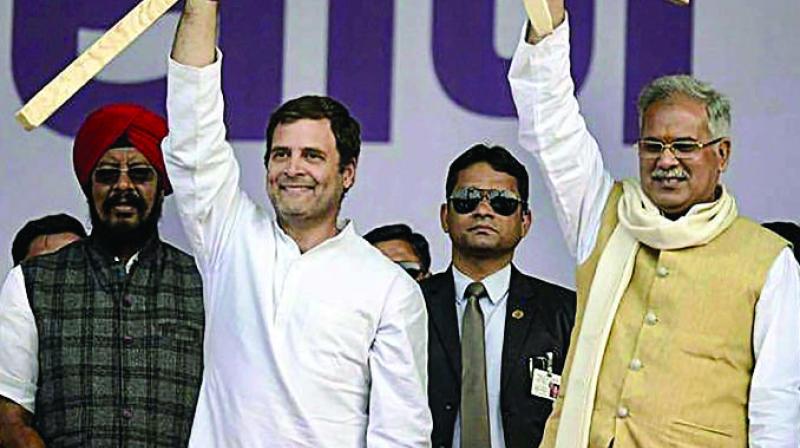 Punjab Chief Minister Amarinder Singh, however, said, "We have a working committee for a century now. They decide on who will be the president. So, I can't answer this question."

"Rahul Gandhi took responsibility of Lok Sabha poll results and resigned. Mrs (Sonia) Gandhi came back at the helm. Since the return of Sonia Gandhi as the Congress president, the party is performing better. This indicates that there is a change," Singh said at the event.