Sikarwar was inducted in Congress along with 150 BJP cadres 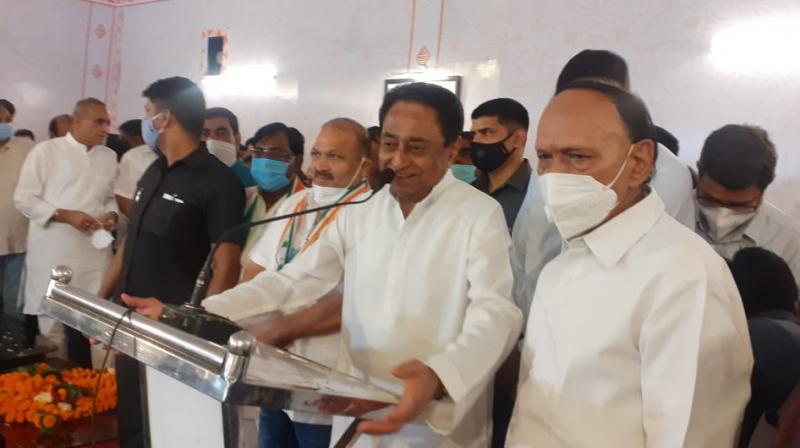 Bhopal: Senior BJP leader Satish Singh Sikarwar on Tuesday joined Congress, dealing a jolt to the saffron party ahead of crucial by-elections to 27 Assembly elections in Madhya Pradesh, expected to be held by end of October this year.

Sikarwar, who lost to Munnalal Goyal of BJP in Gwalior Assembly seat in 2018 elections, is most likely to be nominated as Congress candidate for the constituency which is going to by-elections along with other 26 Assembly seats in the state in coming days.

Goyal was one of the 22 ex-Congress MLAs who had resigned from the grand old party and joined BJP in March this year, causing downfall of the 15-month-old Kamal Nath government.

"Sikarwar was inducted in Congress along with 150 BJP cadres including two local sarpanches by former chief minister and Madhya Pradesh PCC president Kamal Nath," a press release issued by the party said.

He claimed that a series of poll surveys conducted by Congress in the poll-bound 27 Assembly constituencies recently turned out to be encouraging for the party.

Senior BJP leader and state home minister Narottam Mishra however said Sikarwar’s decision to quit BJP and join Congress would make no difference for his party in the upcoming by-elections in the Gwalior Assembly constituency.

Meanwhile, barely an hour after Sikarwar joined Congress, local Congress leaders in Gwalior led by Ashok Singh Tomar staged a protest at the party office in Gwalior against his induction in the party.