'Past 100 days were days of improvement': PM Modi in Rohtak ahead of polls

'I would like to thank you all for making BJP win on all 10 Haryana LS seats,' Modi said. 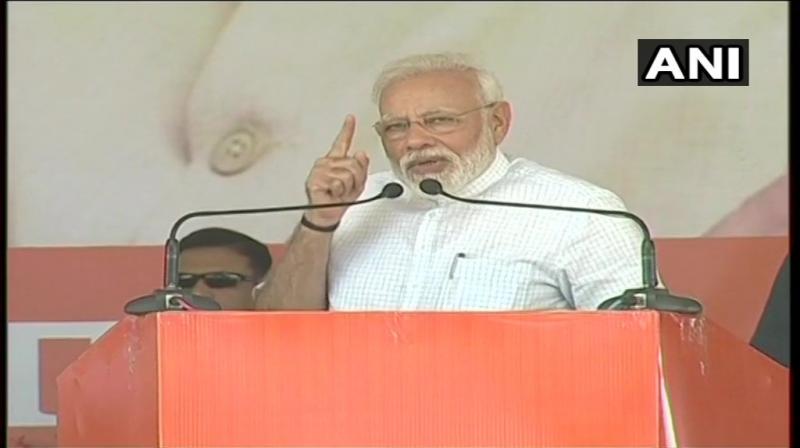 'The past 100 days were the days of change, determination, improvement, and good intention,' PM Modi said, (Photo: ANI)

Rohtak: Prime Minister Narendra Modi, ahead of Haryana assembly elections in the following month, addressed a rally in Rohtak on Sunday. Sunday is also the day that marks 100 of PM Modi's second term.

“I would like to thank you all for making BJP win on all 10 Haryana seats in Lok Sabha elections 2019,” PM Narendra Modi said while addressing the rally.

“People of Haryana often face difficulty in understanding their CM’s name. They get confused between Manohar and NaMohar. I want to tell them that both are equally correct, they are one and the same,” said PM Narendra Modi at a poll campaign rally in Haryana's Rohtak.

“I’m lucky to have visited Haryana on the day when the NDA government at the Centre is completing 100 days,” said PM Modi. “The past 100 days were the days of change, determination, improvement, and good intention."

He also said that whether it is the matter of Jammu, Kashmir and Ladakh or of worsening water crisis, 130 crore citizens of India have started looking for new solutions to the problems.

Talking about Chandrayaan-2 he said, "At 1:50 am on Sept 8, entire nation was sitting in front of TV, looking at Chandrayaan mission. In those 100 second, I witnessed how an incident awakened the entire country and tied the country together. Like we talk about sportsman spirit, it's ISRO spirit in Hindustan now."