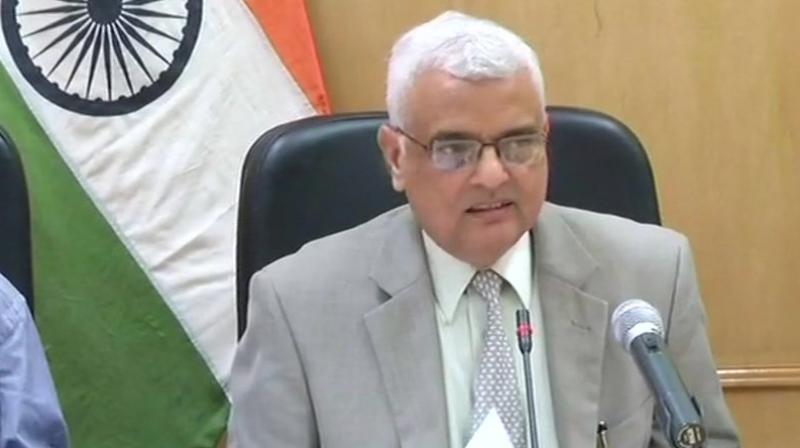 Speaking to mediapersons in Delhi, Mr Rawat said, “Telangana chief minister K. Chandra-sekhar Rao did not speak to me. It is very unfortunate for a chief minister to say this.” He was replying to questions on Mr Rao’s statement at a media conference on Thursday that he had finalised the schedule to dissolve the assembly after speaking with Mr Rawat and the two other Election Commissioners that the TS elections would be held in November along with four other states.

On asking if the elections would indeed be held in November as Mr Rao had stated, Mr Rawat shot back: “The Assembly election schedule will be decided by the Election Commission and not on the basis of astrology.”

Mr Rawat said neither the chief minister nor anyone could talk about the election dates, and only the Election Commission could do so. He said, the Constitution had empowered only the Election Commission to announce the schedule and conduct elections and no one should interfere in this. He said the TS elections would be conducted at the earliest and on priority, as he did not want a caretaker to take decisions.

Mr Rawat said, “The Telangana Assembly was dissolved suddenly. We have asked for a report from the State Chief Electoral Office (CEO) regarding election arrangements. We will be able to take a decision on conducting the elections after considering several issues.” Mr Rawat said elections should be conducted within six months of the dissolution of the assembly, but the Supreme Court had said that priority be given to holding elections to a House that had been dissolved. He said it was not good to continue with a caretaker chief minister for six months.

They will submit a report to the EC and based on which the election schedule will be decided.