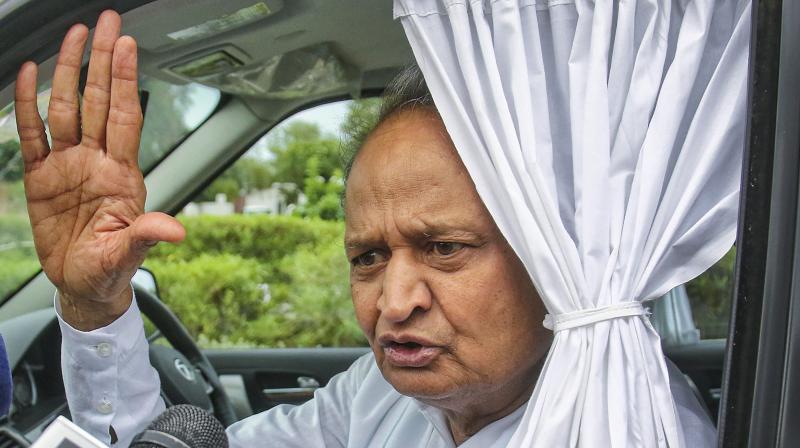 New Delhi: Rajasthan Chief Minister Ashok Gehlot had to face severe criticism over his remark that death sentences for rapists have led to an increase in the murder of those who are sexually assaulted, with the Opposition BJP accusing the Congress- ruled government and its leader of “making controversial statements to hide their failures”.

Gehlot also had to face ire on the social media for “trivialising a heinous crime” and “advocating against the death penalty” for rapists. Some even recalled Rajasthan minister Shanti Dhariwal’s recent controversial remarks in the Assembly that the state is a “mardon ka pradesh”, hence rapes take place

“After the Nirbhaya case, the demand to hang the accused gained momentum and after that, the law came into force. Since then, there has been an increase in the cases of murder of women after rape… Due to the law on hanging of culprits after the Nirbhaya case, incidents of murder after rape have increased. This is a dangerous trend seen in the country,” the CM was heard saying at a recent protest. The video clipping was shared by AAP leader and Delhi women commission’s chief Swati Maliwal.

Attacking the Rajasthan CM, Maliwal said: “Mr Ashok Gehlot should stop speaking the language of rapists. It’s very unfortunate what he stated . I think because of his statement, the sentiment of all rape survivors across the country are hurt.” She said the recent stringent law came into existence with great difficulty after hungerstrikes, and such statements by politicians “break the morale of every victim”.

In May, Gehlot’s remarks linking unemployment to rape had created a major controversy. Hitting out at the Rajasthan CM, Union minister Gajendra Singh Shekhawat said: “Ashok Gehlot’s statement is unfortunate. In the last three years, Rajasthan has become the centre for atrocities against young innocent girls. Nothing can be more unfortunate than those changing the subject by making controversial statements to hide their failures.”