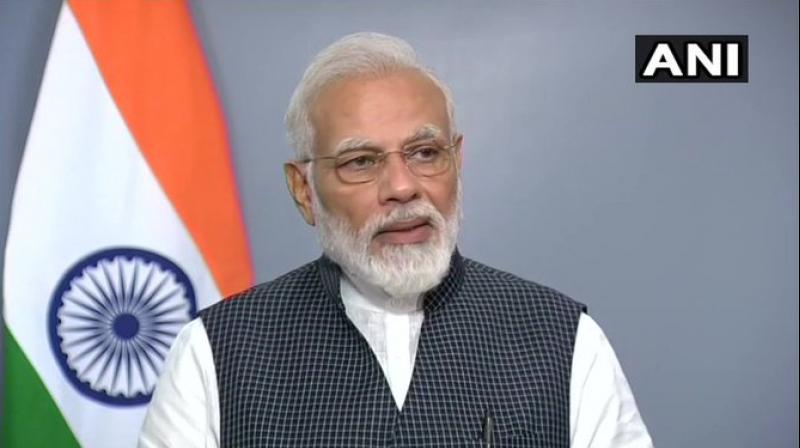 'With the nullifying of Article 370, the country has taken a historic decision. The dreams of Sardar Patel have been realised,' PM said. (Photo: ANI)

New Delhi: Addressing the nation for the first time after Article 370 was revoked, Prime Minister Narendra Modi called the decision as historic.

"With the nullifying of Article 370, the country has taken a historic decision. The dreams of Sardar Patel have been realised,” PM said.

PM Modi said that Article 370 hindered the process of development in Jammu and Kashmir.

Accusing the contentious Article 370 and 35 (A) of creating the environment of terror and violence in the valley, Modi said: "Both these articles [Article 370 and 35 (A)] were used to encourage anti-national sentiments by Pakistan. Because of this 42,000 innocent people had to die. This figure will get tears out of anyone".

Defending the move of abrogating Article 370 PM Modi said that it was not safeguarding the people of Jammu and Kashmir.

"No one could tell how Article 370 benefited the people of J&K.'' PM Modi said.

''These provisions did not give anything except separatism, corruption, terrorism and family rule, Modi added.

PM also assured that the people of the valley will witness free and fair assembly election in the state.

''As the panchayat elections were conducted with transparency in the state, so will be the assembly elections. I would also urge the Governor of the state that the formation of the Block Development Council, which has been pending for the last two-three decades, should also be completed at the earliest”, said PM.

''Jammu and Kashmir people will elect their own representatives,'' PM Modi added.

In his televised address to the nation, PM Modi also spoke about the scope of tourism in the state.

“Jammu Kashmir and Ladakh have the potential to be the biggest tourist hub of the world,” said PM Modi.

''As Jammu and Kashmir will see more and more development, I do not think it will remain Union Territory for long. Ladakh will remain UT," said PM Modi.