Ladder to climb up?: Sanjay Nirupam on Milind Deora's resignation

Nirupam also disapproved the idea of a three-member committee to run the party in the city. 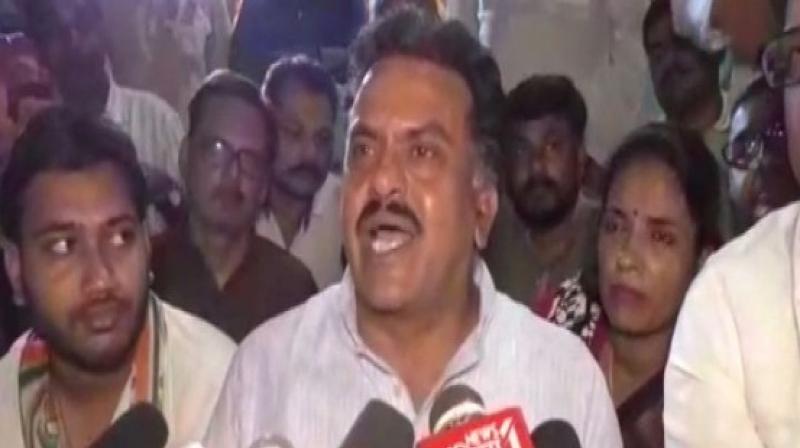 Congress leader Sanjay Nirupam on Sunday said the resignation of Milind Deora from the city unit's leadership position is on the expected lines. (Photo: File)

Mumbai: Congress leader Sanjay Nirupam on Sunday said the resignation of Milind Deora from the city unit's leadership position is on the expected lines.

"The Lok Sabha election results were very disappointing for the Congress. Taking responsibility for this, Rahul Gandhi submitted his resignation. He was not only responsible for the party's show. Responsibilities have to be fixed up at other levels too. You have to show the solidarity with your leader," Nirupam said while speaking to ANI.

Nirupam also disapproved the idea of a three-member committee to run the party in the city.

"I am in disagreement with the view that a 3-member committee could revive the party. It is a political party and not a corporate organisation which could be run like this. A political party needs a leader to lead it from the front," he said.

"You could ask the people of Mumbai about our work. We were the most active unit of the party in the country. I'm definitely sad with the party being inactive after I quit from the helm of Mumbai Congress," he added.

Earlier in the day, Nirupam also took a dig at Deora, saying that the resignation is being used as "a ladder to climb up."

"A resignation is done when someone wants to reject something. But here a moment later, a national level position is being sought. Is this a resignation or a ladder to climb up? The party should be cautious with such 'hard-working' people," tweeted Nirupam.

His tweet had come hours after Deora announced his resignation and proposed a three-member panel to lead the local unit of the party in view of the upcoming Maharashtra Assembly elections to be held later this year.