Invitations to the various heads of the state have been sent out by the CEO of NITI Aayog in the regard. 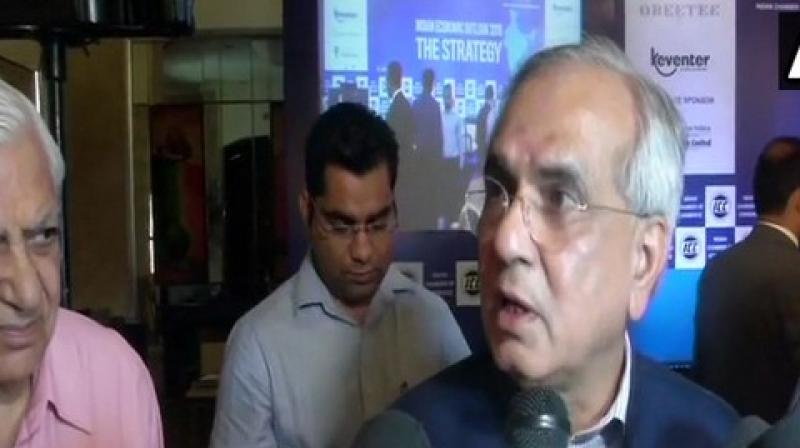 In a letter to Prime Minister Narendra Modi, Banerjee rejected the invitation saying that NITI Aayog has no financial powers to support the state-run schemes and it is fruitless for her to attend the meeting.

"We have invited her (WB CM) with all due respect and I am still hoping very much that she will accept my personal invitation and attend the governing council meeting on 15th and give us ideas as to how to improve NITI Aayog further," he said.

The NITI Aayog has called a meeting of its Governing Council on June 15. Invitations to the various heads of the state have been sent out by the CEO of NITI Aayog in the regard.

Commenting on the upsurge in the unemployment rate in 2018, Kumar assured that the Aayog is making "best efforts" to reverse the situation.

"Employment is connected to growth. We are making the best efforts to reverse the situation. The govt will take several steps to increase the growth rate in the time to come, employment can't be discussed separately," he said.

Recently, the government made public the Periodic Labour Force Survey report that placed the unemployment rate at 6.1 per cent for the year 2017-18, which is set to be the highest in 45 years.

The PLFS annual report placed the unemployment rate among men at 6.2 per cent and women at 5.7 per cent, combining both rural and urban areas and the overall rate was pinned at 6.1 per cent.

The report was prepared by agencies including the Ministry of Statistics and Programme Implementation, Labour Bureau, Registrar General, and Census Commission.

However, government sources maintained comparing the recent jobs data with past data is faulty and foolish.