Based on their requirements, customers can choose from different 'kits' and 'packages'. 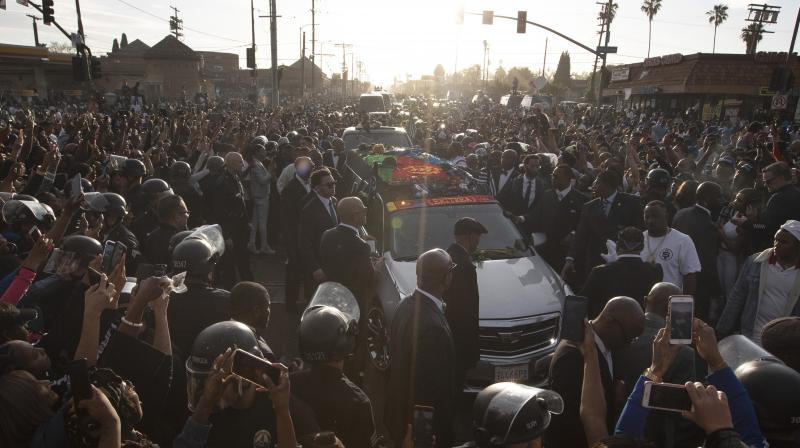 The political parties never approach them directly and instead their ground workers reach out to them. (Photo: Representational)

Gulha Cheeka: Are you organising a political rally? Do you want a crowd for it? Which "kit" or "package" do you want?

A cacophony of such questions is likely to greet a person visiting the only taxi stand in Gulha Cheeka village, located on the Punjab-Haryana border.

For the cab operators at this taxi stand in Kurukshetra Lok Sabha constituency, elections are a time to make some quick money. They stop cab operations and instead provide vehicles and crowds for political rallies.

Based on their requirements, customers can choose from different "kits" and "packages".

A "kit" refers to a five or seven-seater car with or without as many occupants. A "package" includes 50 "kits". High-end "packages" also offer "characterisation" of crowds.

"If it is a rally in Punjab, they want more Sikhs. And if it's a rally in Haryana, they want more Jats. So we provide all kinds of crowds. We have our own cars as well and since a large number of vehicles are needed for rallies, we outsource them for a commission," Binny Singhla, a local taxi operator, told PTI.

According to Singhla, there is usually a demand for 150-500 "kits" whenever there are rallies in Punjab and Haryana.

"We have sent 'packages' to two rallies in Rajasthan as well. But our business is not active in other states yet because then there are stay requirements for those travelling," he said.

Explaining the business, 47-year-old Rakesh Kapoor, another taxi operator, said, "We give Rs 300 each to the people going to the rallies. The party which has bought the package is responsible for arranging food and alcohol for them if the rally is scheduled for the evening. If they cannot make the arrangements, we do it on their behalf but we charge extra for that."

He said the political parties never approach them directly and instead their ground workers reach out to them.

Asked about the people who form the crowd, Kapoor explained, "They are the ones who work in farms or shops. Even college boys and 'ghunghat'-clad women, who are homemakers, are ready to go to rallies as long as they are paid and treated well."

Both Singhla and Kapoor said the vehicles reaching rallies are strictly checked by workers of political parties to ensure that they are getting what they paid for.

"At least 10 kilometers before a rally venue, there will be party workers who will check each car and record videos so the vehicles' registration plates are seen and so are the people sitting inside," Singhla said.

"One can't promise them 100 cars and send less. They maintain a proper list of the number of cars that come," he said.

Another taxi operator, Manjinder Singh, said this business took off only before the 2014 Lok Sabha elections.

"A decade ago, parties would call the police personnel in the area who would direct all the taxi operators to send their cars. If they didn't do so, they would be fined for something or the other," he said.

"Gathering a crowd was also easy then, but now things are different. People who go to the rallies ask us if the car will have an air conditioner, what will be on the menu and other such things. People now cannot be taken casually. If they spare a day, they want something in return and to be treated properly," he added.

Singhla, Kapoor and Singh said they do not try to influence people they send to rallies in favour of any party.

The 10 Lok Sabha seats in Haryana will go to polls on May 12.

Polling for the 13 seats in Punjab is scheduled for May 19, the last round of the seven-phase parliamentary elections.