Your balloon of lies will burst: Cong hits out on BJP's manifesto 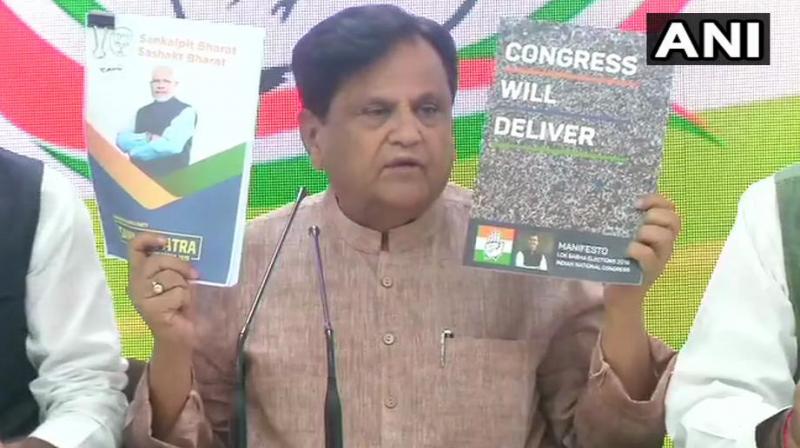 Ahmed Patel said, Instead of a manifesto, BJP should have come out with a 'maafinama'. (Photo: ANI)

New Delhi: While slamming the Bhartiya Janta Party's (BJP) manifesto, Congress called it a balloon of lies and accused the party of misleading people.

"The balloon of lies will burst. People of India will reject BJP this time," Congress leader Randeep Singh Surjewala said.

Citing out the difference between the manifesto released by the Congress and BJP, Congress demanded the release of ‘maafinama’ by the party.

“The difference between BJP manifesto and Congress manifesto can be seen firstly from the cover page. Our's has a crowd of people, and BJP manifesto has the face of just one man. Instead of a manifesto, BJP should have come out with a 'maafinama',” Ahmed Patel said.

Surjewala said that jobs, demonetization, GST, corruption and many other things were missing from the speeches made by tall leaders of BJP during ‘Sankalap Patra’ launch.