India   Politics  08 Apr 2017  Yoga will soon be compulsory in UP schools
India, Politics

Yoga will soon be compulsory in UP schools

Dinesh Sharma, on the other hand, said that yoga would soon be made compulsory in all schools from the new academic session. 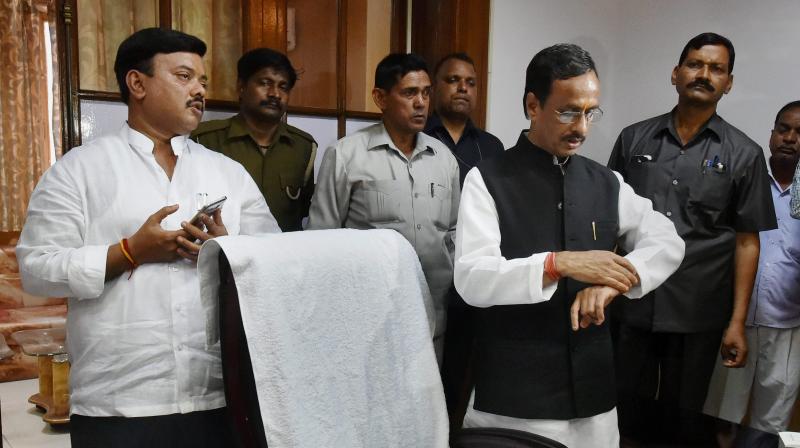 Lucknow: UP minister of state for basic and secondary education Sandeep Singh said here on Friday the Uttar Pradesh government is planning to introduce a dress code for teachers in the government schools. Deputy chief minister Dinesh Sharma, on the other hand, said that yoga would soon be made compulsory in all schools from the new academic session. He urged the people not to attribute motives to the decision, which was spurred by the fact that good health is necessary for all.

Meanwhile, Mr Sandeep Singh, grandson of Rajasthan governor Kalyan Singh, said to maintain the decorum of educational institutions, orders would shortly be issued for a dress code for government teachers. The male teachers will be required to wear pant and shirts, while the women teachers can choose between sari or salwar kurta. In another proposal, the state government may soon change the uniforms of the children in the government schools. At present, most government school students wear khaki and white uniforms.

“We will decided on a new colour and notify the change in uniform,” the minister said. “It is not proper for teachers to wear informal clothes like jeans or tee shirts to work,” he said. A government order on this will be issued shortly, he said.

Currently, a number of male teachers in the rural interiors of the state can be seen wearing kurta-pyjama or dhoti-kurta, which is the dress of people in villages. The minister, however, parried questions on this dress. Recently, a statistical officer in Sultanpur was handed over a show-cause notice for wearing jeans even when there was no government order to this effect. Officials were later asked not to go overboard on this issue since there was no formal order for this.

The minister added the government is mulling a proposal to introduce a dress code for teachers in the higher education sector too but the modalities are still being worked out.