The mediation panel will explore the possibility of an amicable settlement. 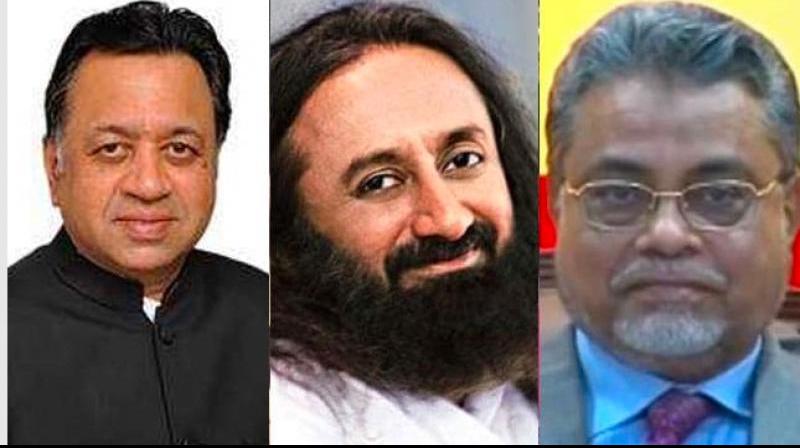 New Delhi: Political leaders from both ruling and opposition parties welcomed the Supreme Court's decision to appoint a panel headed to explore the possibility of an amicable settlement of the Ram Janmabhoomi-Babri Masjid land dispute case.

The Nationalist Congress Party on Friday welcomed the mediation panel appointed by the Supreme Court in Ayodhya's Ram Janmabhoomi-Babri Masjid land dispute case and said the resolution of differences by consensus was in national interest.

NCP spokesperson Nawab Malik, in a statement, said, "We welcome the appointment of the three-member mediation panel. If the dispute is resolved, it will be in national interest. The nation is hopeful that the issue would be resolved through consensus."

Union Minister Uma Bharti restrained from commenting about the mediators declared by the court. She said, “I don't want to comment on the Supreme Court order. But as a Hindu, I think, a temple should be made where Lord Ram was born.”

CPI(M) leader Brinda Karat said that the previous mediation efforts had failed to yield results but this time, the Supreme Court is monitoring it and all the parties who have gone to the court are in agreement with the decision and it is to be seen what will be the result.

The mediation panel, whose other members are spiritual guru Sri Sri Ravi Shankar and senior advocate Sriram Panchu, will explore the possibility of an amicable settlement. The Supreme Court gave the panel eight weeks to complete its proceedings.

The Uttar Pradesh Deputy Chief Minister Keshav Prasad Maurya not questioning the Supreme Court’s Ram Janmabhoomi-Babri Masjid land dispute case for mediation said that no devotee wants further delay in construction of Ram temple. “Will not question the Supreme Court order. In the past, efforts were made to arrive at a solution, but with no success. No Lord Ram devotee or saint wants a delay in construction of Ram Mandir,” the BJP leader was quoted.