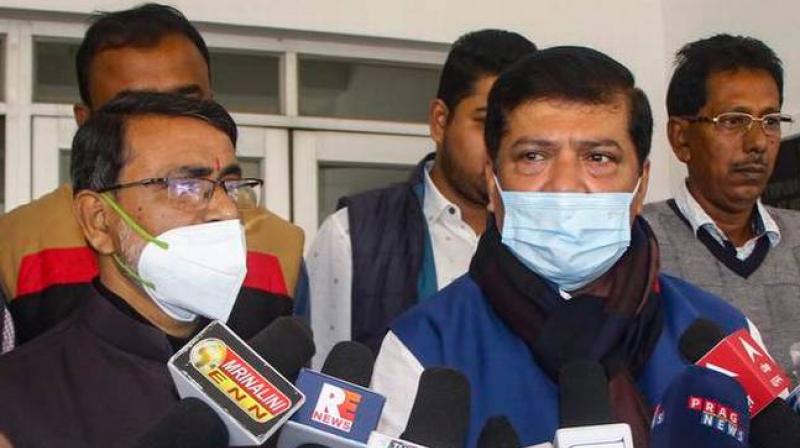 Barman and Saha resigned from BJP and their MLA posts in Tripura Assembly on Monday.

Burman was removed from the post of minister due to anti-party activities.

BJP MLAs Burba Mohan Tripura and Diba Chandra Hrangkhawl were also present in the meeting. However, they have not joined Congress yet.

"Many MLAs are ready but perhaps they want to wait for a few more months due to technicality. Everyone is disillusioned with the party. I feel Tripura can go to polls along with Gujarat and Himachal," Barman told ANI after joining Congress.