He called for taking all walks of people into confidence before taking any drastic step. 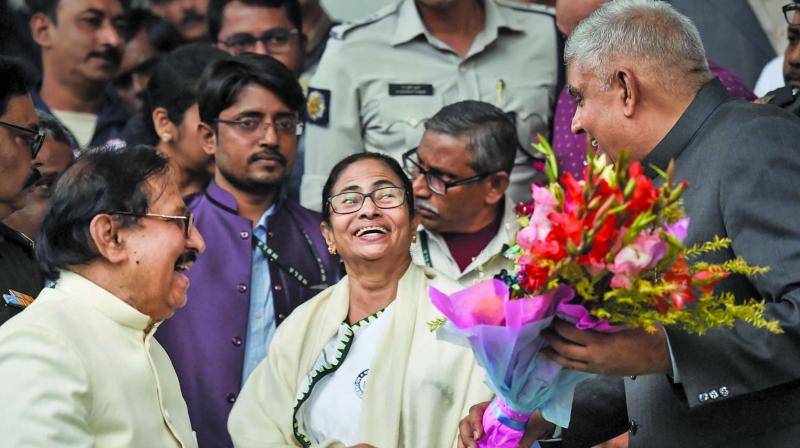 Kolkata: Averting an open clash with the ruling Trinamul Congress over his budget session address in the West Bengal Assembly, Governor Jagdeep Dhankhar on Friday echoed the Mamata Banerjee government’s concerns on “air of intolerance, bigotry and hatred” as “new norms in the country.”

Reading out the speech, drafted by the state government for him, sans any disagreement unlike his Kerala counterpart Arif Mohammed Khan, Mr Dhankhar also endorsed the Trinamul government’s fierce stand against the Citizenship Amendment Act (CAA), National Register of Citizens (NRC) and National Population Register (NPR) in the chief minister’s presence in the House.

The governor, who on Thursday vowed to “create a history” with his address, stated, “There is a general air of intolerance, bigotry and hatred that is straining the variegated thread of unity tying together all the linguistic, religious and ethnic diversities in the country.” He called for taking all walks of people into confidence before taking any drastic step.

Mr Dhankar added, “The state government is strongly against division of people in the name of steps like National Population Register (NPR), NRC or CAA... At present our country is at a critical juncture. The basic values and principles of our Constitution are under challenge. Spreading misinformation is the order of the day and rejection of all forms of dissent is the new fashion in the name of patriotism.”

Mr Dhankhar mourned “the tragic loss of innocent lives” across the country due to panic over a NRC.

The governor’s address was however marked by silent protests by the Trinamul MLAs who wore anti-CAA-NRC T-shirts, badges and aprons. After his address, he met Speaker Biman Banerjee in his chamber in the Assembly where the CM joined them.