Modi said that ‘directed embassies’ will henceforth be proactive towards needs and problems of Indian community abroad. 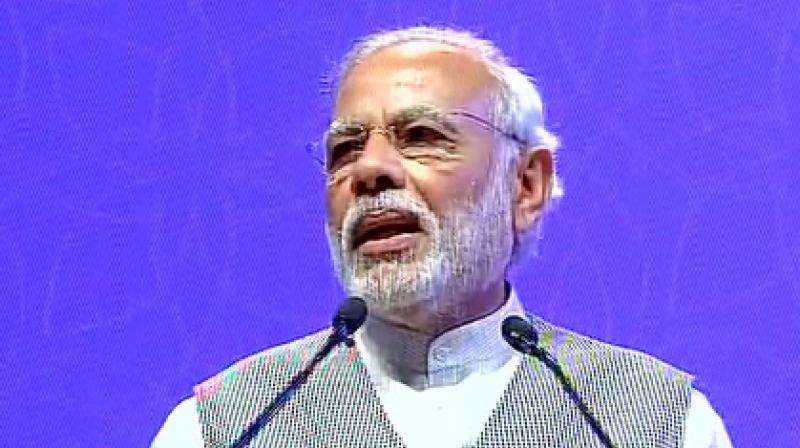 He was accompanied by his Portugal counterpart Dr Antonio Costa, who is the chief guest for the event.

“This is a stage where the host and the guest are the same,” said Modi speaking at the event.

Speaking about Indians living abroad, Modi said, “30 million Indians abroad are valued not just for strength in numbers but for contributions to India and to countries where they live.”

Praising the Indian diaspora, he said it represents the best of Indian culture, ethos and values.

“For my government and for me personally, engagement with overseas Indian community has been a priority,” he added.

Calling the Indian diaspora a ‘valuable partner in our journey of development’, the Prime Minister said the objective was to turn ‘brain drain’ into ‘brain gain’.

Remittance of close to 69 billion dollars annually by overseas Indians makes an invaluable contribution to the Indian economy, the PM said.

Modi also announced that ‘directed embassies’ will henceforth be proactive towards needs and problems of Indian community abroad.

He praised External Affairs Minister Sushma Swaraj, who he said has been 'proactive and prompt' in reaching out to distressed Indians abroad using social media. Modi said security of Indian diaspora abroad was a priority for the government.

Announcing the ‘Know India’ programme, Modi said groups of young Indians from abroad would visit the country, and that the first such group was present at the event on Sunday.

“I thank overseas Indian community for their support in fight against black money and corruption. FDI stands not only for ‘Foreign Direct Investment’ but also ‘First Developed India’. I say with full confidence that the 21st century belongs to India,” the PM added.

It is unfortunate that India’s fight against black money and corruption is being termed anti-people by some, he added.

The convention is an important platform for engagement of the Central and state governments with the Overseas Indian Community.

Pravasi Bharatiya Divas has been held traditionally on January 8 every year to commemorate the return of Mahatma Gandhi as a Pravasi from South Africa to India.