Malviya targeted the Congress saying Priyanka is taking a leaf out of Modi's book after mocking him over 'hugplomacy'. 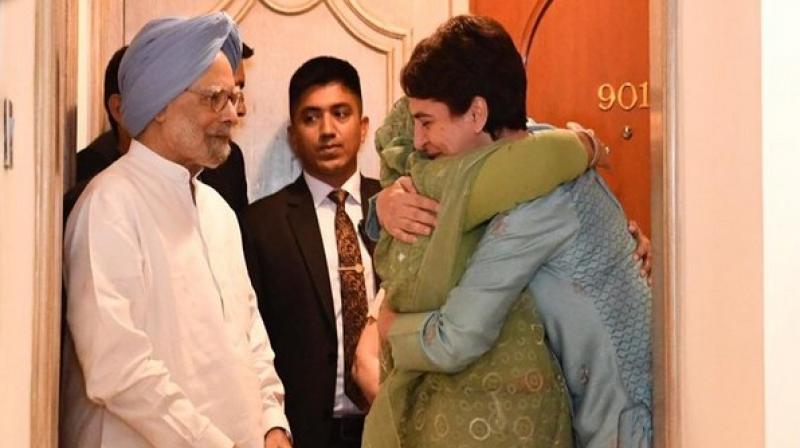 Malviya targeted the Congress saying Priyanka is taking a leaf out of Modi's book after mocking him over 'hugplomacy'.

"They say imitation is the best form of flattery. After mocking Prime Minister Modi over hugplomacy, Mrs Vadra takes a leaf out of his book... She should perhaps also counsel the overzealous folks in her party and her petulant brother, when he returns from his foreign jaunt," the BJP leader tweeted.

Priyanka had on Sunday held a meeting with the Bangladeshi Prime Minister, after which she called her great inspiration and shared a picture on Twitter hugging the leader.

"An overdue hug from Sheikh Hasina Ji whom I have been waiting to meet again for a long time. Her strength in overcoming deep personal loss and hardship and fighting for what she believed in with bravery and perseverance is, and always will be a great inspiration for me," Priyanka said in the tweet.

The Congress has repeatedly poked fun at Modi for his much-talked hugs.

"With Modi, it seems like a hug a day sends foreign leaders running away," Congress had tweeted March 14 with a hashtag 'hugplomacy'.