Akhtar said that the Taliban are barbaric, their actions are reprehensible, but those supporting the RSS, VHP, Bajrang Dal are all the same 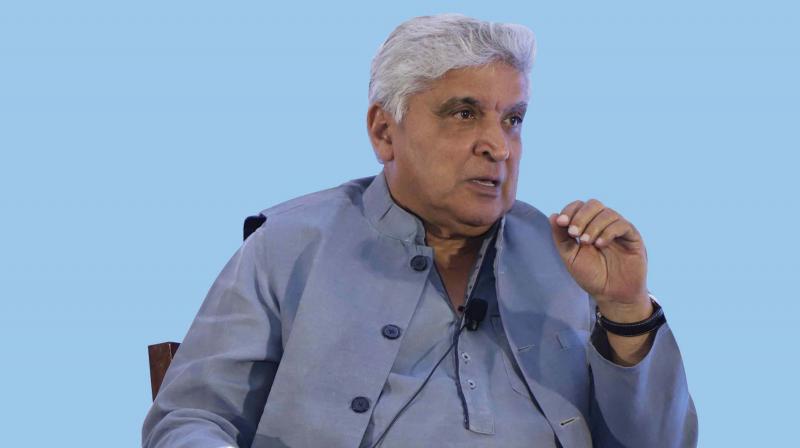 Why has he not been arrested yet? Who is stopping the Shiv Sena from doing that? The Shiv Sena must answer this and Mr Akhtar must apologise for his comments. He has seen the RSS’s ways. But he has not seen the Taliban’s ways, a BJP leader said. — DC file photo

Mumbai: In a bid to avoid any untoward incidents, Mumbai police have deployed a police team outside the residence of lyricist Javed Akhtar after his statement comparing the RSS with Taliban.

The Shiv Sena on Monday said that his statement was completely wrong. However, the BJP asked why no action has been taken against him.

After the BJP held protests outside Mr Akhtar’s residence on Sunday and threatened to not allow any of the films related to him and his family members to run until he apologises, the police decided to increase his security.

“We have stationed two police vans and teams outside Akhtar’s residence. Though there was no protest on Monday, we acted on our own and deployed the cops to ensure that there is no law and order problem,” an official from Mumbai’s Juhu police station said.

The official also said that the police have not received any complaint by or against Mr Akhtar.

In an interview on Friday, Mr Akhtar had said that the Taliban are barbaric, their actions are reprehensible, but those supporting the RSS, VHP and Bajrang Dal are all the same. He had also said that India is a secular nation, its population is largely secular, but that there are those who support organisations like the RSS and VHP and people like Golwalkar, etc, who have the same ideology that of the Nazis.

Reacting to Mr Akhtar’s comments, the Shiv Sena said that he was completely wrong.

“How can you say those who favour the concept of a Hindu Rashtra are of Talibani mindset? We don’t agree with this. Even though Javed Akhtar is a secular man and speaks against fundamentalism, he is completely wrong in comparing the RSS with the Taliban,” an editorial in the Sena mouthpiece Saamana said.

“Why has he not been arrested yet? Who is stopping the Shiv Sena from doing that? The Shiv Sena must answer this and Mr Akhtar must apologise for his comments. He has seen the RSS’s ways. But he has not seen the Taliban’s ways. He must visit Afghanistan for getting acquainted with the Taliban. Then he will himself realise that he must apologise,” the BJP leader said.

A top VHP functionary said the RSS and its affiliates do not believe in violence which was the case with the Taliban, seen as a violent movement. The Taliban is a terrorist organisation which believes in violence and is anti-women. Comparing such organisations with the RSS, VHP and Bajrang Dal.....I condemn his statement.”