Amit Shah on Wednesday evening said the voices of dissent were never tolerated in the Congress and BJD. 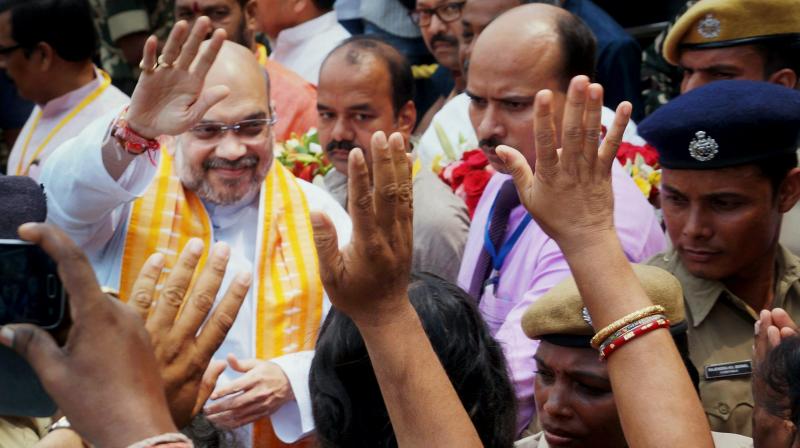 Bhubaneswar: BJP national president Amit Shah on Wednesday dubbed the Congress and Odisha’s ruling BJD as parties devoid of internal democracy and having no definite ideals for development of people.

Mr Shah on Wednesday evening said the voices of dissent were never tolerated in the Congress and BJD, and people with enormous potential were always sidelined and suppressed.

“One has to be born in Sonia Gandhi’s family to become Congress president. Similarly, one has to be only from Biju Patnaik family to succeed Naveen Patnaik to become BJD president,” he added.

Claiming that the BJP always believed in internal democracy, Mr Shah said a common boy who used to paste party posters on walls in his home town in Gujarat could become president of the biggest political party in the world and a teaseller (Narendra Modi) could become Prime Minister of India.

Stating that neither the Congress nor the BJD had any set ideology and ideals, the BJP presidents such parties would be able to take forward the nation. Prior to his interaction with the intellectuals, Mr Shah, who arrived here Wednesday afternoon on a three-day visit to the state, met the party’s senior leaders and advised them to work them towards getting at least 120 of the 147 seats in the 2019 Assembly elections.

“The BJP has set a target to win at least 120 seats in 2019 Assembly elections and we will surely achieve it. We have to work for it,” said Mr Shah.

“I doubt very much whether they (BJP) will get so much seats,” Mr Patnaik said.

Reacting over Mr Patnaik’s statement, BJP spokesperson Sajjan Sharma said, “The conch party supremo doubts everyone, including his partymen. He has never faced defeat and time has come for him to taste it, for which he is making such statements.”