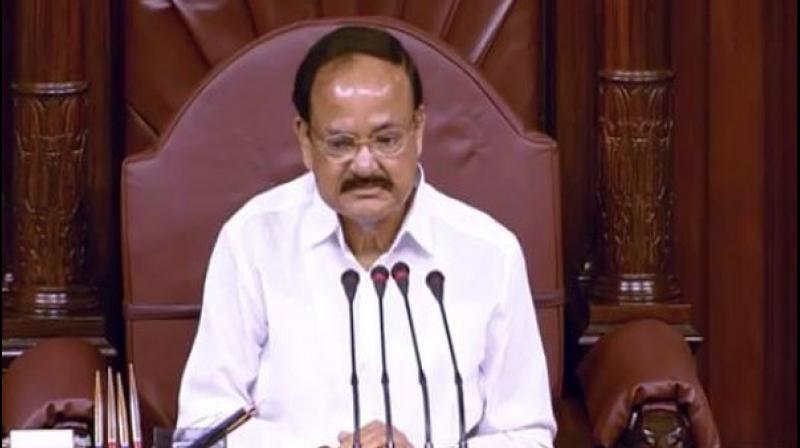 During this session, a total time of 19 hours and 20 minutes was lost in disruptions by opposition parties on several issues. (Photo: ANI)

New Delhi: The Rajya Sabha set a "new normal" in its "highly productive" 249th session, with extended sittings and record number of bills disposed, Chairman Venkaiah Naidu said on Wednesday. He was speaking before adjourning the House sine die.

A total of 32 bills were passed in 35 sittings, Naidu said. "This session is the best session in the last 17 years accounting for 52 sessions" he said. Naidu also lauded the "mutual understanding" between ruling and opposition members in running the House smoothly.

"The House had 39 debates on legislative proposals and issues of public importance," he said, adding that most of the debates were of "good quality" with all side presenting their views. Complimenting members, Naidu said this session is the fifth best in the last 41 years.

"This session has recorded best of all performances," said Naidu. During this session, a total time of 19 hours and 20 minutes were lost in disruptions by opposition parties on several issues. "However, the House sat beyond extended time on 19 days and gained around 28 hours," Naidu. The total time availed for transaction of business was 195 hours.