The accused gangster Vikas Dubey is suspected to have fled to Nepal and he can turn out to be ‘Dawood in Nepal’ for India, the Sena said 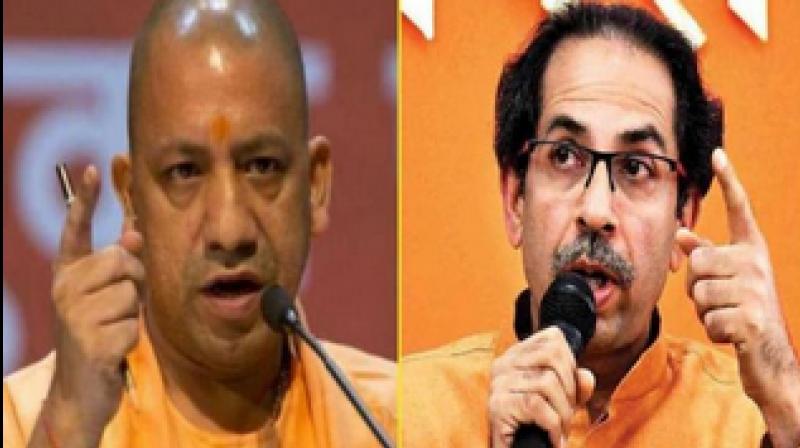 Mumbai: The Shiv Sena has slammed the Uttar Pradesh government over the killing of eight policemen at Kanpur saying it has exposed Chief Minister Yogi Adityanath's claims of putting an end to ‘gundagiri’ in the state.

The goondaism in UP has its effects on the national capital Delhi and the financial capital Mumbai and hence, the Kanpur killings is a serious matter. The accused gangster Vikas Dubey is suspected to have fled to Nepal and he can turn out to be ‘Dawood in Nepal’ for India, the Sena said in its party mouthpiece ‘Saamana’ on Monday.

“Uttar Pradesh is often called ‘Uttam Pradesh’ but it now stands soaked in the blood of policemen. The Kanpur police killings has exposed the encounter specialist government in Uttar Pradesh. The incident has revived the memories of killings of policemen by a gang in UP’s Nathuapur four decades ago. So what has changed in Adityanath’s regime if security personnel are getting killed even after 40 years?” the party asked.

Eight police personnel, including a deputy superintendent of police, were gunned down last week at a village near Kanpur by the henchmen of gangster Vikas Dubey. An accomplice of prime accused Dubey has been arrested, while the gangster is still at large.

Uttar Pradesh has faced ignominy for decades due to the gangs of goons there and their crimes. Claims have been made that goondaism has ended during the regime of present Chief Minister Yogi Adityanath. But the Kanpur police killings have raised a big question mark on these claims. During the three-year tenure of the Adityanath government in the state, more than 113 goons have been encountered, but how come Dubey’s name was left out of it, the Shiv Sena asked.