Deora has proposed a three-member panel to lead local unit of Congress in view of Maharashtra Assembly elections to be held later this year. 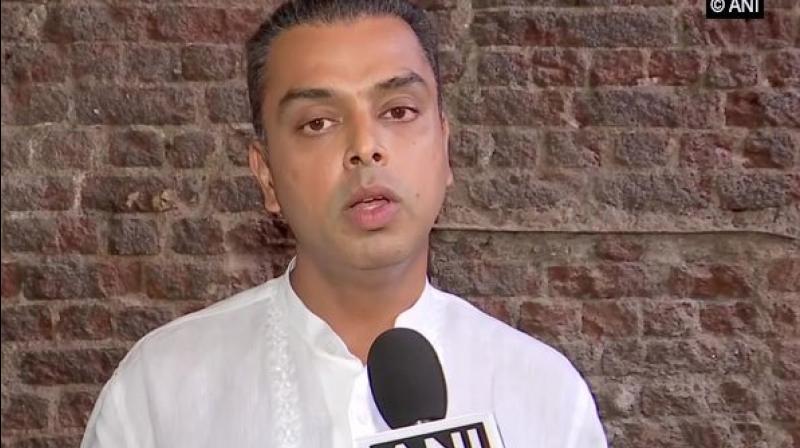 ‘The same has been conveyed to Mallikarjun Kharge and KC Venugopal, General Secretaries, All India Congress Committee,’ a statement from Deora's office said. (Photo: ANI)

Mumbai: Former Member of Parliament (MP) Milind Deora on Sunday announced to step down from the post of Mumbai unit Congress president.

Deora has proposed a three-member panel to lead the local unit of the party in view of the upcoming Maharashtra Assembly elections to be held later this year.

It is being said that the Congress leader may move to Delhi for a national role in the party.

"The same has been conveyed to Mallikarjun Kharge and KC Venugopal, General Secretaries, All India Congress Committee," a statement from Deora's office said.

Deora had a meeting with Congress leader Rahul Gandhi in New Delhi on June 26.

His resignation comes at a time when the party leaders from several states are offering their resignation as an expression of solidarity with Rahul Gandhi, who recently quit as the party president.

Deora had been appointed the president of Congress' Mumbai unit on the eve of the Lok Sabha elections.