Appreciate Gandhipedia but story of freedom struggle should be revisited: Bose's kin 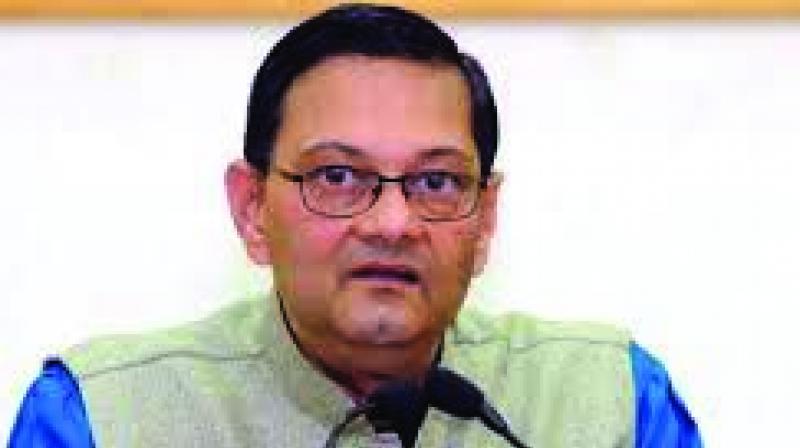 New Delhi: Chandra Kumar Bose, a grandnephew of Subhas Chandra Bose, and a BJP leader, has welcomed the government's move to develop "Gandhipedia" to sensitise the youth about Gandhian values but demanded that the history of freedom struggle needs to be rewritten to present its "true picture" to the future generations.

Talking to ANI, Bose also renewed the long-pending demands for declaring January 23, the birth anniversary of Subhash Chandra Bose, as "Desh Prem Diwas" (Patriots Day) and Netaji's photo on the currency notes with Gandhiji on the other side.

"Narendra Modi has returned to power. It is a golden opportunity to fulfil these long-pending demands of the Bose family and the people of India. History has to be rewritten by the NDA-2 government," he said.

"You are having next five years and these should be done in these years as we are all set to celebrate 75 years of India's Independence and 150th birth anniversary of Mahatma Gandhi," he added.

Finance Minister Nirmala Sitharaman had, in her Budget speech, announced that a "Gandhipedia" was being developed in order to sensitise society, particularly the youth, about Gandhian values.

With the government marking the 150th birth anniversary of Gandhi with several programmes throughout the year, an encyclopedia-like "Gandhipedia" would be among the efforts to spread his values.

Bose also suggested that the government should immediately form a committee to rewrite the history of freedom struggle.

"A committee needs to be formed for it. This should be done immediately. What I feel is, this is a golden opportunity. When I demand to rewrite history, it does not mean that I am asking to minimise anyone's contribution. Those who deserve their positions in history should be maintained," he said.

Bose claimed that when Smriti Irani was HRD Minister, she had started the work on it but the issue went on the back burner after she was removed from the ministry.

"I don't think the issue was followed up by her successors. The Prime Minister has to initiate. Otherwise, we will not be able to tell the true history of our freedom struggle to our future generation," he said.

Bose said he will soon meet newly appointed HRD Minister Ramesh Pokhariyal Nishank and would urge him to take up the matter.

Bose, the Vice-President of West Bengal BJP, was not convinced with the idea of declaring Netaji's birth anniversary as a national holiday, a long-time demand of West Bengal's ruling Trinamool Congress and the Left parties in the state.

He suggested that declaring January 23 as a national holiday is up to the government but for him, it was not that important because Netaji was a man of action.

"Netaji called Mahatma Gandhi the Father of the Nation. In reciprocation, Mahatma Gandhi called him patriot of patriots. So, his birthday should be declared as patriots’ day or Desh Prem Diwas," he said.

"Everybody has a day, why should Netaji be left out," he said urging the Prime Minister to declare Netaji's birth anniversary as patriot day.

Bose said that although Modi has done a lot for Netaji, he should also take the initiative to give space to him on currency notes.